What is the Global Terrorism Index?

The Global Terrorism Index (GTI) is a comprehensive study analysing the impact of terrorism for 163 countries covering 99.7 per cent of the world’s population.

The GTI report is produced by the Institute for Economics & Peace (IEP) using data from Terrorism Tracker and other sources. The GTI produces a composite score so as to provide an ordinal ranking of countries on the impact of terrorism. The GTI scores each country on a scale from 0 to 10; where 0 represents no impact from terrorism and 10 represents the highest measurable impact of terrorism.

Given the significant resources committed to counter terrorism by governments across the world, it is important to analyse and aggregate the available data to better understand its various properties. One of the key aims of the GTI is to examine these trends. It also aims to help inform a positive, practical debate about the future of terrorism and the required policy responses.

• The Ukraine conflict is likely to drive a rise in traditional and cyber terrorism, reversing previous improvements in the region.

• Terrorism in the West declined substantially, with attacks falling by 68%. The US recorded its lowest score since 2012.

• The Sahel is home to the world’s fastest growing and most-deadly terrorist groups.

• Islamic State (IS) replaces the Taliban as the world’s deadliest terror group in 2021, with 15 deaths per attack in Niger.

• Terrorism has become more concentrated, with 119 countries recording no deaths, the best result since 2007.

Trends from the 2020 Global Terrorism Index

– Deaths from terrorism are now 59% lower than their peak in 2014. The fall in deaths has been largest in Iraq, Syria and Nigeria.

– The impact of terrorism lessened in seven of the nine regions of the world in 2019.

– South Asia recorded the largest deterioration, followed by Central America and the Caribbean.

– However, Central America and the Caribbean remains the region with the lowest impact of terrorism, a position it has held for the past 17 years.

– MENA recorded the largest regional improvement for the second consecutive year. Deaths in MENA have fallen by 87% since 2016, reaching the lowest level since 2003.

– Afghanistan is the country most impact by terrorism in 2020.

– More recently, terrorist activity has been concentrated in South Asia and sub-Saharan Africa with both regions having recorded more terrorism deaths than MENA since 2018. 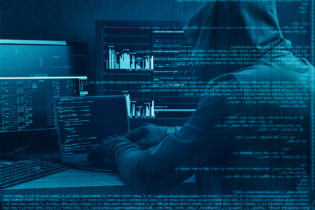