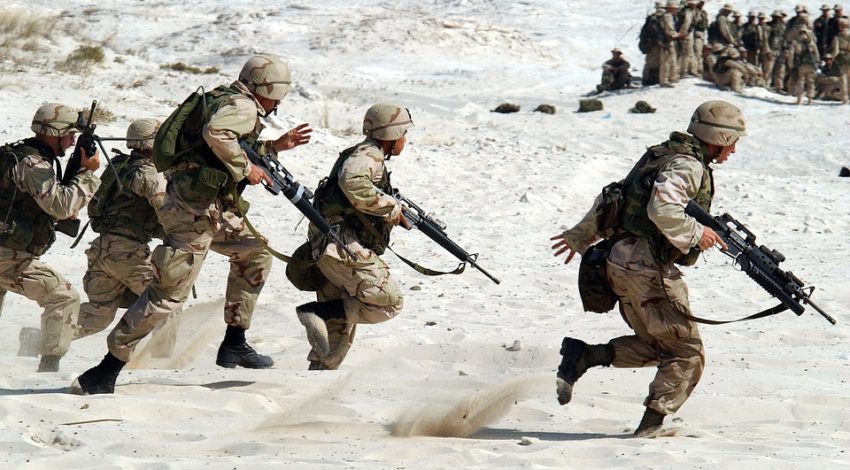 An analysis of conflict and peace trends over the last 100 years. We are seeing a shift away from large-scale wars towards increasing internal conflict.

Evidence that the world is more peaceful than ever

Has the world become more peaceful since WWI? It has, but only by some measures. To answer the question fully, we need to consider the way that conflict impacts political stability and civil society.

Evidence has emerged over the last few years to suggest that the world is more peaceful than ever. In several key respects, this is true. However, a few crucial elements of global data on violence and conflict temper such a straightforward conclusion.

Looking at conflict alone cannot convey the bigger picture of societal unrest, political stability, impact on civilians and the level of resources needed to quell violence.

To establish a balanced understanding of the world’s progress towards peace, it is important to examine other metrics and note how conflict has changed.

Over the last 100 years, there has been a shift away from large-scale violent deaths and heavy militarisation and a move towards democracy.

Supporting the idea that the world has become increasingly peaceful since World War I is the shift away from large-scale violent deaths and heavy militarisation, towards democracy.

This suggests an increase in the use of diplomacy as a dispute resolution tool. Democracy has also been on the rise, with 1989 marking the transition to more democratic governments than autocratic.

The world has been more democratic on average since 1993 than in any of the last 100 years.

Though democracy itself isn’t a measure of peace, democratic governments tend to be more stable, with less internal unrest or conflict amongst each other.

The three major military powers, the US, China and Russia, decreased their military personnel rates by an average 73% since the end of World War II.

For the 11 countries with incarceration data available since 1950, excluding the massively higher rates of the US, the average increase in incarceration rates was 142.9%.

A more peaceful society could reduce spending on security and instead invest in structures that improve stability and build peace — education, physical infrastructure and strong business.

An important aspect of the mutating nature of conflict is the dramatic decline of interstate war, the form of conflict which historically has resulted in the most deaths, over the last half-century.

In 2015, there were 52 armed conflicts in the world. The only other year with this number of conflicts was 1991, amidst civil wars in several African countries, the Gulf War and unrest in Eastern Europe with the dissolution of the Soviet Union.

There is also an increase in internationalised internal conflict

There has also been a recent increase in internationalised internal conflict, with 60% as many occurring within the last 10 years as in the prior 60.

Though major military powers have not been in direct conflict since World War II, their involvement in Cold War proxy wars and regional conflicts of the 21st century was extremely detrimental.

These numbers were back down to 2012 levels, a decrease of 16%, in 2016. However, the general increase over recent decades suggests that the world may be at the beginning of a negative trend in peace for the first time since the Cold War ended.

A critical negative trend in the impact that changing forms of conflict has on civilians is the increased number of refugees, internally displaced people and stateless people.

For the first time in modern history, displaced people, including refugees, made up almost 1% of the global population in 2017. This is a rate 12 times higher than the rate in 1951, when data collection began with the inception of the refugee convention.

The displaced population has been increasing alongside the rise of internal conflicts since the end of World War II, and at an accelerated rate since 2012 due largely to the ongoing Syrian civil war.

Interstate wars primarily occurred outside of civilian areas, unlike highly localised internal conflicts and the rising impact of terrorism. The concentrated, consistent stress such conflict is placing on people in these regions means that fleeing is one of the only ways to ensure safety.

High numbers of displaced people destabilise the economy and make it more difficult to rebuild after conflict.

The second half of the 20th century was much less violent

The available data suggests that the second half of the 20th century was considerably less violent than the first half by a number of measures.

There have been significantly fewer deaths in the last quarter of the previous 100 years, a dramatically higher number of alliances, a lower armed forces rate and a higher percentage of democratic governments.

These are all very positive strides toward a more peaceful world. However, increased levels of violence over the last decade may mean a reversal of this trend.

Additionally, modern violence tends to diverge in a few key ways from the violence the world saw 100 years ago, suggesting that to some degree violence is simply changing shape.

This can be seen in the types of conflict occurring and the regions witnessing those conflicts, in the ways civilians are affected by those conflicts, and in the resources states are using to combat societal violence.

These differences mean that while the overall level of violence in the world has decreased in the 100 years, it is affecting some levels of society today more than ever. Terrorism and peace in Afghanistan

What is needed to make the current Afghan peace negotiations, a sustainable long-term solution?