This week, a national environmental disaster in Brazil sparked an international political response, as well as global headlines. Friday, 30 August 2019: This week, a national environmental disaster in Brazil sparked an international political response, as well as global headlines. As images of fires ravaging the Amazon rainforest set the internet alight, Brazil’s National Institute for Space Research (Inpe) revealed its satellite data showed an 84 per cent increase in the number of fires compared to the same period in 2018.

Environmental activists say Brazil’s President Bolsonaro’s weakened environmental policies are to blame, but Bolsonaro claims NGOs lit the Brazil wildfires, due to recent funding cuts. Meanwhile, scientists and analysts say that the true cause of the fires, and whether they are more devastating than previous years, are still in question.

Were the Brazil wildfires deliberately started?

Wildfires often occur in the dry season in Brazil, but they are also deliberately started in efforts to illegally deforest land for agriculture. World leaders have gasped in response. At the high-profile, G7 meeting this week, leaders of France and Ireland threatened to prevent a trade deal with Brazil unless it did more to fight the fires. The Amazon rainforest, one of the largest in the world, acts as a carbon store, slowing down the pace of global warming. It is also home to indigenous tribes, and three million species of plants and animals.

Despite the serious environmental risks of the current Brazil wildfires, the South American region has a lower risk of a single climate hazard, when compared to other regions around the world.

Research from the Institute for Economics and Peace finds that on a global scale, the Asia-Pacific and South Asia regions are most at risk. Together, these regions collectively house twice as many people in high exposure climate zones as all other regions combined. A risk assessment carried out by the Index for Risk Management (INFORM) in 2019, found that South Asia, Asia-Pacific and Central America and the Caribbean have weaker coping capacities and higher risk to natural hazards as compared to other regions.

The population considered to be living in high exposure areas is based on the climate exposure measure developed by the United States Agency for International Development.

Asia-Pacific and sub-Saharan Africa are the two regions most vulnerable to climate-induced security risks due to a high risk of exposure to natural hazards, based on both the USAID and INFORM scoring methods. These regions include 42 per cent of the countries ranked as very high risk to a single climate hazard and 39 per cent of those ranked as high risk. They house a combined 547 million people in areas with high exposure to climate hazards.

The impacts of fluctuating climate conditions on societal stability and its potential to lead to violent conflict is of growing importance. Although long-term quantitative data on the interactions of climate and peace is scarce, what is available suggests that climate has played a role in triggering or exacerbating conflict through its effects on livelihood security and resource availability.

Persistent drought was found to relate to a decline in agricultural productivity and the collapse of ancient empires including the Akkadians in Mesopotamia, the Mesoamerican Mayans, the Mochica in modern-day Peru, the Khmer empire in the Mekong Basin, and the Tiwanaku Empire in the Andes.

War data from 1500 to 1800 shows major changes in the climate to be a major driver of large-scale crises in the Northern Hemisphere.

Peak war frequency in Europe correlated to the cooling phases in the Northern Hemisphere. During the Cold Phase, which refers to the 100-year period from 1560 to 1660, the rate of wars increased by 41 per cent in Europe, likely due to decreased agricultural production and growing population rates. Similar trends were observed in China during the past millennium.

The effects of climate shocks on factors such as resource scarcity, livelihood security and displacement can greatly increase the risk of future violent conflict, even when climate change does not directly cause conflict.

Brazil on the Global Peace Index

In 2019, Brazil was within the top five countries to deteriorate on the Global Peace Index rankings.

While Brazil’s Ongoing Conflict score still remains relatively peaceful, there was a notable deterioration on the internal conflicts fought indicator due to renewed violence between organised crime groups in the last three years. A truce between the country’s dominant criminal organisations broke down in late 2016, leading to renewed fighting and roughly 250 fatalities in the year following. Several groups in the northern state of Ceará renewed their truce with each other in early 2019, in order to unite in attacks against security forces and public infrastructure.

The intensity of internal conflict also deteriorated in 2019. The October 2018 general elections were characterised by a high degree of polarisation between the leftist Workers’ Party (Partido dos Trabalhadores) and its supporters and the victorious right-wing candidate of the Partido Social Liberal, Jair Bolsonaro. Political polarisation has continued into 2019 and is likely to increase throughout the year. The implementation of President Bolsonaro’s strict law and order policies, as well as a contentious pension reform bill, could increase tensions throughout the year.

Brazil also had an 11 per cent increase in terrorism impact, in part due to attacks on political figures, and a 12.5 per cent deterioration in violent crime, with the latter increasing to a score of 4.5. The country’s score for the homicide rate remained at a five out of five. Brazil has one of the ten highest homicide rates in the world, according to the latest available data from the UN Office on Drugs and Crime. Given the inadequacies in the security forces, violent crime is expected to remain a serious problem in Rio de Janeiro, São Paulo and other large cities. 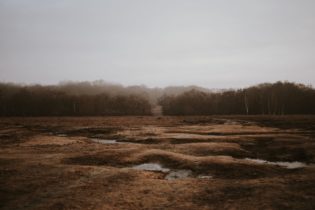