Unique solutions for sustainable peace are demonstrated in these three countries that vary geographically, culturally and economically.

Bhutan, Peru, and Timor-Leste are three countries highlighting how unique structures, institutions and attitudes can be implemented for sustainable peace. Although each of these countries still face domestic and international challenges, their successes can help guide other countries.

Renowned for conceiving Gross National Happiness, a metric that has been codified as a national priority in the country’s constitution, Bhutan leads South Asia in Positive Peace.

In 2008, Bhutan elected its first National Assembly, marking the successful transition from an absolute monarchy to a constitutional monarchy.

A well functioning government is one of the eight pillars of Positive Peace, and provides the opportunity for peaceful attitudes and institutions to be implemented from the top-down.

The government also runs an online web portal, the National Portal of Bhutan, that contains a range of practical information on legislation, requirements and licenses for businesses that could be essential for entrepreneurs.

Levels of human capital continue to improve in Bhutan, with 6.000 educators in the country today, compared to 40 in the 1960s.

In collaboration with India and Bangladesh, Bhutan, the only carbon neutral country, is working on hydropower projects that continue to expand the country’s capacity to generate and export energy.

After decades of military coups, violent insurgencies, social unrest and macroeconomic challenges, Peru has emerged as one of Latin America’s most prosperous countries.

Although Peru still faces challenges, the country has made strides towards the attitudes, institutions and structures that sustain peace. Prudent monetary, exchange and investment policies have allowed Peru to weather international economic crises and commodity price declines.

The country’s economy grew at an average annual rate of 6.1% between 2002 and 2012, which has increased per capita income levels and reduced poverty.

This promotes a sound business environment, which has been on track and improving since macroeconomic reforms in the 1990s halted hyperinflation.

Compared to its neighbours, Peru’s homicide rate is low. In 2004, after decades of border disputes, Peru and Chile signed a statement expressing their intent to forge closer ties and develop bilateral relations.

The improvement of relations with regional neighbours is one welcome step towards regional peace improvements, but internal relationships are improving too.

The Commission of Truth and Reconciliation was set up to establish justice surrounding the country’s internal conflict during the 1990s.

More recently, in 2011, the Peruvian Congress passed a law requiring the consultation of indigenous and rural communities before developments or projects involving their ancestral territories, which in the past has been a source of much conflict.

This initiative boosted the country’s success in the ‘well-functioning government’ pillar of Positive Peace.

Between 2005 and 2017, the young country experienced the Asia-Pacific region’s largest improvement in Equitable Distribution of Resources, illustrating the country’s development gains.

Nearly 50% of the population live below the national poverty line

Although almost half of the Timorese population live below the national poverty line, the government is committed to improving the socioeconomic prospects of subsistence farmers.

In 2016, the Ministry of Agriculture and Fisheries’ introduced a US$21 million project aimed at increasing smallholder agricultural productivity.

Further, the Government investment in education and workforce development through programs such as the Education Sector Support Project (ESSP) have led to an 8.8% improvement in High Levels of Human Capital on the Positive Peace Index.

The ESSP partnership has constructed and rehabilitated 2,100 classrooms, giving capacity for 65,000+ students to attend school. 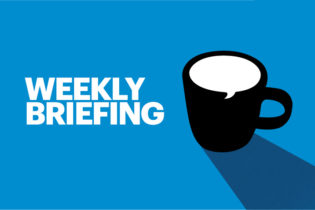 There are growing examples of alternative measures of social progress, including happiness and wellbeing policies. Strong political institutions enhance a country’s resilience and support other improvements in Positive Peace. Timor Leste has been demonstrably...