Strong political institutions enhance a country’s resilience and support other improvements in Positive Peace. Timor Leste has been demonstrably successful. Strong political institutions enhance a country’s resilience and support other improvements in Positive Peace. Timor-Leste has been demonstrably successful.

After a difficult road to independence, Timor-Leste, the world’s third youngest country, has implemented numerous policies and programs promoting Positive Peace to gain a notable level of post-conflict stability. This year, the Positive Peace Report by the Institute for Economics and Peace includes case studies from three countries: Timor-Leste, Bhutan and Peru. These countries have made significant improvements in both negative peace and Positive Peace; providing inspiration for other countries seeking to develop their own peacefulness.

In 1999, Timor-Leste’s popular referendum to separate from Indonesia sparked interstate and intrastate conflict. Approximately 1,500 Timorese died in the ensuing violence. An additional 300,000 fled to West Timor and the country’s infrastructure was ultimately decimated.

Today, Timor-Leste is at peace. Timor-Leste has demonstrated impressive and consistent improvements, having risen 20 places in the Global Peace Index since 2008 and 10 places in the Positive Peace Index since 2005. The United Nations projects that Timor-Leste will graduate from “Least Developed Country” status as soon as 2021 – an achievement for any developing country, let alone one that experienced a nationwide conflict less than two decades ago.

Timor-Leste’s achievements are no accident. International assistance, a democratic political culture, socioeconomic development programs and regional peacebuilding have prevented the young country from relapsing into conflict and placed it on a healthy long-term trajectory of peace.

Later that year, Indonesia formally recognised Timor-Leste’s independence referendum and the UN Transitional Administration in East Timor (UNTAET) was established. UNTAET was in charge of building capacity for Timor-Leste’s sustainable development and eventual self-governance. In 2001, more than 91 per cent of eligible Timorese citizens voted to elect a Constituent Assembly that tasked with writing the country’s first constitution. In September 2002, the UN General Assembly voted to admit Timor-Leste as its 191st member state, formalising the young nation’s independence.

Since achieving formal independence in 2002, Timor-Leste has undergone four democratic and peaceful transitions of presidential power. This is a positive achievement for a post-conflict state. The National Election Commission ensures that political candidates can campaign freely and citizens can exercise their right to vote. Civic education is promoted by another independent agency, the Technical Secretariat for Electoral Administration. Political participation in recent elections has never dipped below 71 per cent.

Strong political institutions enhance a country’s resilience and support other improvements in Positive Peace. This systemic development strategy has been demonstrably successful in Timor-Leste.

In 2001, UNTAET formed a Commission for Reception, Truth and Reconciliation which used community-level processes to reintegrate individuals who participated in Timor-Leste’s violent conflict. Institutional responses to group grievances help prevent conflict relapse, which would be a barrier to economic development. Government-sponsored education programs have improved literacy rates and reduced gender inequality. Government investment and policy reform in telecommunications are connecting communities throughout the country.

By investing its oil revenue rather than spending it right off the bat, Timor-Leste is aiming to sustainably manage and spend its ample but finite petroleum funds. Together, these factors not only improve Positive Peace, but also bolster and diversify the country’s business environment and economy. A stronger economy leads to more tax revenue. That revenue can then be used to fund further development programs, creating a virtuous cycle of Positive Peace.

Timor-Leste’s regional post-conflict rehabilitation policies have also promoted Positive Peace. In 2005, Timor-Leste and Indonesia jointly created a Commission for Truth and Friendship, which provided recommendations on how to promote friendly relations between the two countries. These reconciliation mechanisms have reduced the chance of domestic or regional conflict resurgence, a necessary prerequisite for long-term improvements in Positive Peace. Friendly relations have economic benefits, too – Indonesia is currently one of Timor-Leste’s biggest trading partners.

Timor-Leste’s continued peace and development promise are the result of systemic efforts to improve the country’s Pillars of Positive Peace. These improvements are mutually reinforcing. For example, improvements in education will help the country’s economy to diversify away from primarily petroleum production.

The 16 year-old nation continues to grapple with challenges such as high illiteracy rates, stalling economic liberalisation and a weak judicial system. However, continued absence of conflict and steadily developing institutions illustrate that post-conflict state-building in Timor-Leste has been successful. A steady, strategic, domestic and international emphasis on Positive Peace factors will help Timor-Leste secure a more prosperous future.

For more information on Timor-Leste, read the 2018 Positive Peace Report and “The 3 Countries Highlight Ways to Implement Sustainable Peace“

The opinions expressed throughout this article are the opinions of the individual author and/or contributor and do not necessarily reflect the opinions of Vision of Humanity or the Institute for Economics and Peace. 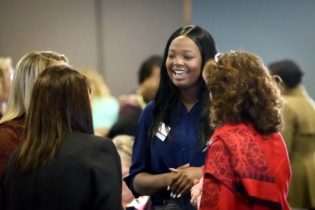