Transitions toward true sustainability will likely involve a kind of ecological Peacebuilding: abandoning the human-nonhuman dichotomy in favor of a greater inclusivity based on a deepening appreciation of inter-species interdependence writes Topher L. McDougal. The human economy is increasingly recognized as a subsystem of a much more sophisticated energy and resource allocation mega-system: that of Earth’s biosphere. This new, wider bioeconomic conception tends to call into question the traditional distinction between the human and nonhuman worlds. It may even challenge the utilitarian philosophy undergirding economics: the utility of nonhumans, or indeed that of collectivities and other non-individuals (whole biomes or habitats) is already being sporadically validated.

Economists studying peace and conflict have long relied (often unthinkingly) on the human-nonhuman dichotomy when analyzing strategies for reducing intra-human forms of violent predation. Human predation of the nonhuman world was simply not normally considered violence at all. (Jurgen Brauer’s 2009 book War and Nature: The Environmental Consequences of War in a Globalized World was a notable exception.) All the institutional guarantees of property security, contract enforcement, and indeed bodily security and freedom of choice deemed requisite for a well-functioning market economy (Williamson, 2000) simply did not pertain to animals, much less to other biota: plants, fungi, bacteria, viruses, or entire symbiotic communities comprising a rich admixture of them all. Rather, the latter could, and can, be owned and allocated as human “resources” and property.

Of course, those institutional guarantees not only failed to apply to some humans — people of color and women – until relatively recently in many parts of the world, but even allowed for large segments of the human population to be bought and sold as property themselves. Indeed, the evolution of human rights functioned to include progressively more people as valid economic actors, while simultaneously hardening the human-nonhuman dichotomy. That dichotomy endures and structures our economic lives. It is older and more fundamental to modern life than any specifically “Western” conception of the cosmos, perhaps tracing its origins to all six of the so-called neolithic “cradles of civilization.” It certainly manifests in humanity’s oldest recorded tale, The Epic of Gilgamesh, which describes the eponymous character and his companion, Enkidu, felling the great cedar forest kingdom of Humbaba, a primeval god, before capturing and decapitating Humbaba himself.

In a recent paper, I present a simple equilibrium model of two energy harvesting strategies on planetary level. The first involves human predation of solar energy originally captured by, and encapsulated in, the nonhuman world. The second involves human competition for Earth’s surface area in order to harvest solar energy directly. The model demonstrates that while both approaches will tend, unchecked, toward ecological collapse, the direct solar harvesting model reaches that ecological breakpoint much later than the predation model.

So far, so obvious.

But the model also demonstrates that the discrepancy between breakpoints, combined with the overhead costs associated with the deployment of solar technology, imply that a large-scale transition to more sustainable energy generation may not happen in a free market before ecological collapse. That is, the model demonstrates that this transition is not likely to happen automatically as a function of substitution by individual economic actors prior to ecological collapse. Rather, this transition requires top-down coercive and incentive measures applied by government. In other words, it requires planning on a planetary scale. Such a wholesale transition would be costly for the economy as a whole in the short-term, but beneficial in the long-term: substantial government investment in Earth-based solar generation would be required. Managing social and political expectations in this scenario is of the utmost importance. The appropriative model of energy harvesting might be termed a kind of “predation”, and the model of Earth-based solar harvesting a kind of “competition” (with other lifeforms, over the total solar energy input falling on Earth). Beyond either of them lies the realm of space-based solar power (SBSP) harvesting – a strategy we might deem “cooperation.” Apart from land for human habitation, natural resource extraction, and large antennae to receive energy transmissions, SBSP would not require human monopolization of Earth’s surface area for solar harvesting. It might therefore be expected to yield land back to natural systems, even as it yields large energy dividends: there is no currently practical limit to the space “real-estate” SBSP panels could occupy, solar exposure is constant (there is no night time in space), and SBSP panels experience no atmospheric interference with solar radiation.

However, the present state of orbital launching technology would also make the overhead costs extremely high, likely negating the upside, at least for now. But in the long term, SBSP might more closely resemble “cooperation” between the human and natural environment to the extent that the resources for energy harvesting technology may be mined or captured in space, and harvested energy is invested in environmental restoration and re-wilding.

And while many technologies are deemed to be more or less “sustainable,” the model I outline suggests that none necessarily are in the absence of government interventions involving some combination of incentives and coercion. Sustainable economic performance in any of the three strategies – predation, competition, or cooperation – requires that governments, or other institutions, restrain terrestrial resource exploitation.

In some ways, this should come as no surprise. Hardin’s famous “Tragedy of the Commons” (1968) made a similar claim over half a century ago. Douglas North defines institutions as the formal and informal “humanly devised constraints that structure human interaction” (1993), and economic performance is now widely acknowledged to be enabled and conditioned by them, whether they take the form of firms, common pool resource (CPR) management institutions and community-driven regulation, state regulation of industry and natural resource exploitation systems, the rule of law generally, or global trade institutions like the World Trade Organization. Such humanly devised constraints usually promote economic growth by eliminating predation among those recognized as valid economic actors.

Progress towards sustainability necessitates recognizing some traditionally non-economic (and non-human) actors as exempt from human predation. The art and practice of Peacebuilding and conflict transformation has developed a long tradition of breaking down dichotomous frames: “us” and “them,” “in” and “out,” “native” and “foreign.” Transitions toward true sustainability will likely involve a kind of ecological Peacebuilding: abandoning the human-nonhuman dichotomy in favor of a greater inclusivity based on a deepening appreciation of inter-species interdependence. 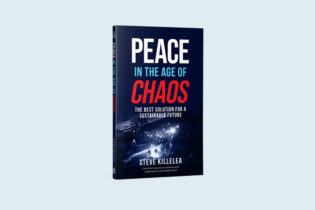 Peace in the Age of Chaos: The Key for a Sustainable Future

The compelling story of one man’s journey to the most dangerous places on earth in his quest to discover what creates peace. 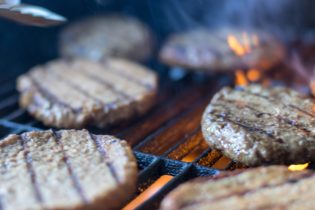