Companies globally are moving quickly to bring to market meat products that are grown from animal cells in a lab, also known as “clean”, “cultivated” or “cultured” meats. In Singapore, on 2nd December 2020 lab-grown meat was approved for sale by a regulatory authority for the first time.

Whilst these meats may not necessarily sound appealing to the regular consumer they have whet the appetite of numerous investors. In 2017, for instance, Memphis Meats, Berkeley, California took in $17 million from sources that included Bill Gates and agricultural company, Cargill.

With lab-grown meat no longer a distant reality, the question as to whether it is a sustainable alternative to meat has become increasingly important.

What is lab-grown meat?

Lab-grown meat can be made from any animal that has muscle-specific stem cells in muscles, which means all the common animals used for food such as mammals, birds, and fish.

Lab-grown meat is produced by taking a small sample of stem cells – usually from lean muscle – through a harmless procedure in the same way that blood is drawn, and replicating these cells in a culture outside of the animal. After sufficient cells have grown, they are assembled in groups to form small muscle tissue that is very similar to muscle fibres in a steak. The resulting product is 100 per cent real meat.

What are the possible benefits?

The demand for livestock products is rapidly increasing and it is projected that by 2050 it will have more than doubled.

The livestock sector is already responsible for 18 per cent of greenhouse gas according to the United Nations Food and Agriculture Organisation (FAO). This is more than all emissions from ships, planes, trucks, cars and all other transport put together.

Furthermore, it’s estimated that around 30 per cent of the earth’s land surface is currently used for livestock farming. This is despite meat production being extremely resource-intensive: to produce animal products, land, water, and energy are required to grow, harvest, and transport feed that is then given to the farmed animals. To produce one kilogram of beef, for example, it requires 25 kilograms of grain to feed the animal and roughly 15,000 litres of water.

Currently, we produce enough calories to feed 10-11 billion people worldwide. However, the majority of this food goes to feed livestock not people, despite 11% of our planet’s people suffering from undernourishment.

It’s clear meat production as it stands is unsustainable. But with many people reluctant to change their diets, lab-grown meat could serve as the solution needed.

An Oxford study in 2011 estimated lab-grown meat production could involve up to 96 per cent fewer global greenhouse gas emissions, 98 per cent less land use and up to half as much energy.

Furthermore, Paul Shaprio, CEO of The Better Meat Co, asserts that lab-grown meat will enable us to feed a world population while still respecting animals and preserving the environment. But is this all too good to be true?

An Oxford study in 2019, for example, found that lab-grown meat is not necessarily superior to livestock, since the long-term temperature impact of production is significantly worse than any livestock system.

The study suggests that replacing livestock systems with lab-grown meat production before energy generation is sufficiently decarbonized or the production footprint is optimized, could risk having a long-term, negative climate impact. The climate impact of cultured meat production will therefore depend on its energy demands and the availability of low-carbon energy sources.

The study also suggests there is a greater need for detail and transparency when it comes to lab-grown meat production systems to acknowledge specific limitations.

However, as cultured meat is an emerging technology, the Oxford study notes that wider improvements in the efficiency of production may reduce its emissions in footprint in the future.

It’s also worth taking into account that whilst the study is concerned with the climate impacts of meat production, a wider context must be considered since there are numerous other environmental benefits to lab-grown meat in terms of resources needed.

Whilst lab-grown meat production will no doubt create new jobs, these would require an entirely different set of skills to those of current agricultural workers and may not be accessible in the same way to them.

Animal farmers may end up providing a small and premium niche of the overall meat market. However, they may respond by adopting agroecology concepts to improve sustainability or adopting biotechnologies such as cloning and genetic modification. Alternatively, they may switch to producing crops for human consumption or biofuels, posing as a solution.

So, is lab-grown meat a sustainable solution?

Ultimately, lab-grown meat has the potential to forever change the way people eat meat and hugely benefit our environment. However, the ethical, economical and nutritional factors, as well as its carbon footprint, must all be addressed carefully before we can coin it as a faultless solution.

One thing that is clear is that if lab-grown meat fails to deliver on its promises, the world will have great difficulty meeting demand. Drastic changes will need to be made in some way to our diets to continue to enable us to feed the whole world and live sustainably.

Emily Latimer is an MA Multimedia Journalism student at the University of Westminster as well as a content producer for @talkingcirclelondon. She enjoys writing about current affairs, politics and sustainability and aspires to be an investigative journalist. 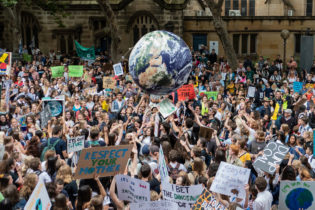 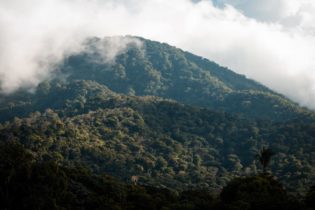