ISIL to target peace and reconciliation efforts in post-caliphate period 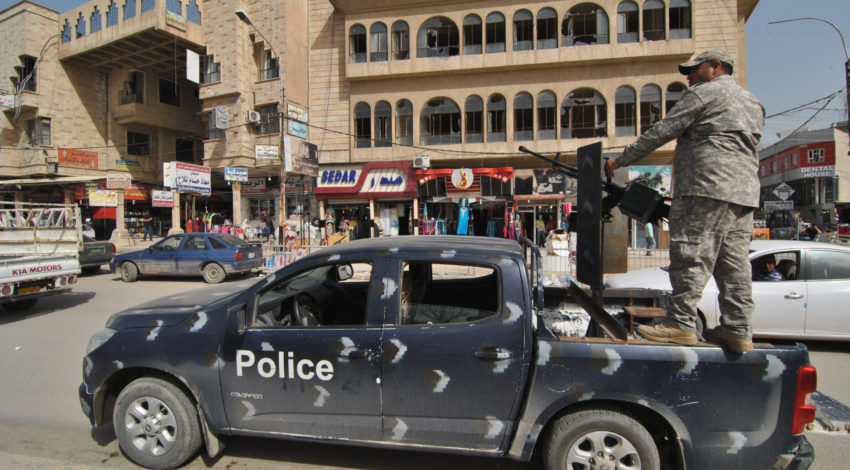 The Islamic State of Iraq and the Levant (ISIL) now plans to target peace and rebuilding efforts in Iraq and Syria, according to the latest United Nations (UN) report on the threat posed by the group.

A document obtained by the UN stated that alleged new ISIL objectives include sabotaging economic progress and stabilisation efforts in Iraq and Syria, while targeting reconstruction activities and infrastructure.

ISIL cells in Iraq appear to be planning activities that undermine government authority, create an atmosphere of lawlessness and curb reconciliation efforts. These activities include kidnapping, targeted assassinations of local leaders and attacks on state owned utilities and services, the UN report reveals.

The group is undergoing a phase of transition and adaptation during its post-caliphate period and becoming a covert network in both Iraq and Syria that prioritises local operations.

Despite the more localised agenda, the UN stressed the global threat of ISIL remains. The group’s centralised leadership structure continues to lead affiliates around the world and their intent to generate haphazard attacks anywhere is clear. Returning, relocating or released foreign fighters are amplifying this threat.

The opportunity for ISIL to reprioritise follows the news that the group’s impact is in decline. The 2018 Global Terrorism Index (GTI) released by the Institute for Economics & Peace showed that ISIL has lost most of its territory and sources of revenue in Syria and Iraq. ISIL-related deaths are also at their lowest point since 2013.

ISIL suffered severe losses in 2017 leading to a reduction in the number of attacks carried out by the group, according to the GTI. After losing 60 per cent of its territory and 80 per cent of its revenue since 2015, ISIL’s capacity to create a caliphate has diminished greatly. International coalitions, as well as Syrian and Iraqi rebel forces successfully reclaimed the cities of Mosul and Raqqa, two of ISIL’s former strongholds and claims to territorial legitimacy.

The GTI also found that deaths committed by the group decreased by 52 per cent. Injuries inflicted during terrorist attacks fell similarly by a margin of 57 per cent, and the number of attacks fell by 22 per cent.

Despite territorial, financial and logistical losses in 2017, ISIL’s status as the world’s deadliest terror group still poses a major threat through both its ideological profile around the world and numerous affiliate chapters based in other regions. In the Asia-Pacific region in 2017, ISIL was responsible for 18 deaths, all of which occurred in the Philippines.

The capacity of international troops to manage ISIL’s latest objectives in the Middle East are unclear following the announcement late last year that the United States will withdraw troops from Syria.

According to the UN, military losses have forced ISIL to abandon its plan to rule a geographical caliphate for now, but the group maintains a long-term aspiration and proclaim it online.

ISIL is reported to control between 14,000 and 18,000 militants in Iraq and the Syrian Arab Republic, including up to 3,000 foreign terrorist fighters.

Around 3000 fighters are estimated to be holding out in the Syrian Arab Republic town of Hajin in the Middle Euphrates River valley, near the Iraqi border.