Increase in Anti Asian Violence Spurs Protests Across the US

IEP’s COVID-19 and Peace report predicted a rise in discrimination and instability. Throughout the US, protesters are taking a stand against anti Asian violence. The rallies followed a shooting incident at an Atlanta massage parlour that left eight people dead, including six Asian women.

Data shows uptick in anti Asian violence in the US

The New York Police Department has so far this year received 33 reports of anti Asian hate crimes compared to last year’s total of 28.

Stop AAPI Hate’s national report indicate much higher numbers, tallying at 3,800 incidents across the country from March 2020 to February 2021.

Most of the reported incidents of Asian discrimination were verbal abuse, shunning, and online harassment, with physical assault remaining the third largest category of total incidents.

The sudden rise in Asian discrimination, xenophobia and violence has been traced to the outbreak of COVID-19.

At the start of the pandemic racial rhetoric fuelled debates about the virus, with frequent references to the “Chinese virus”, which led to an influx of online anti Asian sentiments.

IEP’s COVID-19 and Peace report made early indications of the rise in racially motivated discrimination.

The research stated that certain Pillars of Positive Peace would be affected as a result of the pandemic, including Good Relations with Neighbours Pillar and the Acceptance of the Rights of Others.

Already in May 2020, the report revealed that some countries had seen a rise in xenophobia and ethnic profiling, and expressed concern at the likelihood of these trends causing violence.

The Global Peace Index and Positive Peace Report show a connection between a country’s levels of Positive Peace and their ability to remain peaceful throughout a global crisis like the pandemic.

The reports indicate that strong Positive Peace pillars make societies more resilient when crises occur. They also show that when Positive Peace levels are low they have a higher risk of spilling into negative peace levels, which increases the likelihood of violence.

By strengthening the Positive Peace pillars, societies can build resilience and remain peaceful in the face of crisis.

Recent anti Asian hate rallies could then be a sign that Positive Peace pillars are weakening, affecting levels of negative peace.

In a bid to address the affected Positive Peace pillars, President Biden has appointed a permanent director to lead the coordination of new anti Asian hate policies across federal governments.

Some of these policies include increased funding for AAPI survivors of domestic abuse and sexual assault, the establishment of a taskforce to address COVID-related xenophobia against Asian-Americans, and the creation of a cross-agency Justice Department initiative to investigate anti Asian violence. 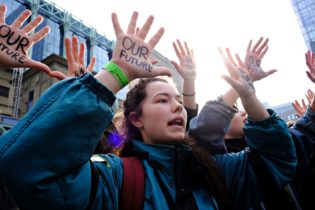 Civil Unrest Around the World has Doubled in Last Decade