How The Pandemic Has Shaken Our Global Socio Economic System

The pandemic has shaken our global socio-economic system, but some countries will fare better than others, writes Steve Killelea. How The Pandemic Has Shaken Our Global Socio Economic System

While the world is yet to fully understand the long term economic and social impact of the COVID-19 pandemic, what has been highlighted this year is just how interconnected, fragile and complex the global socio economic system is.

Conflicts and crises that we saw emerging through the last decade began to abate, only to be replaced with a new wave of tension and uncertainty as a result of the pandemic.

Over the last ten years there has been a sharp rise in levels of civil unrest, with over 60 countries experiencing at least one violent demonstration in 2019.

In the latest Global Peace Index report, it cited that from 2011 to 2019, the number of riots, general strikes and anti-government demonstrations around the world increased by 244%.

COVID-19 restrictions on movement may dampen protest activity in the short run, but political and social tensions are likely to remain throughout this crisis.

Some will be amplified, as frustrations and group grievances will be compounded by the economic downturn and food shortages in many developing countries.

As the economic fall-out widens, it is likely that the trend of increasing demonstrations, riots and general strikes will intensify.

The pandemic has sent most countries into recession during 2020, including the major industrialised economies. In the second quarter of 2020, the Eurozone recorded a sharp GDP decline of 14.4% and US GDP shrank by 9%.

Most recently, the Economist reported that fiscal deficits will rise to an average level of 17% of GDP across OECD countries, thereby increasing public debt-to-GDP ratios to around 140% across developed economies.

While longer-running conflicts have begun to decline or at least plateau in 2020, the underlying causes of many of these conflicts have not been addressed, and the potential for violence to flare up remains very real.

New arising tensions, and growing dissatisfaction with governments around the world have led to an increasing authoritarian response in some countries.

The effects of this on political stability will be pronounced, and may lead to an increase in violent demonstrations and changing of governments. Belarus is a vivid example of how the pandemic can push a population past a tipping point to demand political reform.

Without support, the most fragile countries and those specifically with declining or low scores of resilience will be particularly vulnerable to violence, especially as an outcome of the electoral process – if challenged.

Countries such as Italy, Poland, Hungary, Brazil and South Africa were already facing challenging economic and political conditions in 2019, and are poorly positioned for post-pandemic recovery and any subsequent economic losses will only further aggravate dissatisfaction and instability. 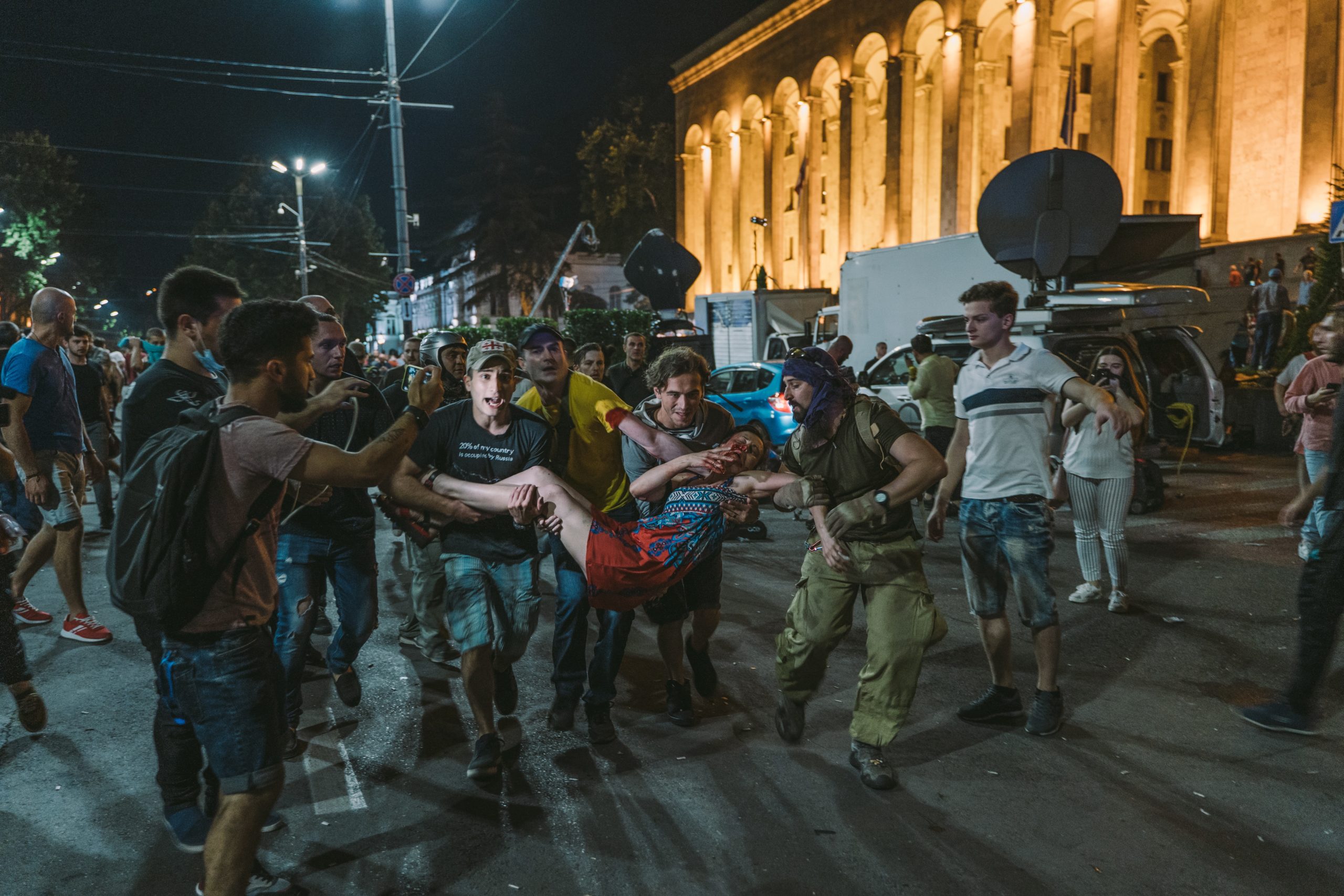 Poland and Hungary have the added vulnerability that their economies are highly dependent on international trade, which may contract globally in 2020 and beyond.

The pandemic has reduced the movement of goods and people even within Europe, and in addition, the anti-democratic trends in Hungary further weaken the country and increase the likelihood of unrest.

In the UK, COVID-19 has compounded the already formidable uncertainties surrounding Brexit. However, the country is relatively well placed to face the challenges, given its political stability, levels of socio economic development and an equitable health care system.

The US has experienced an accelerated deterioration in many of the measures of resilience – placing it at risk of violence as an outcome of the electoral process.

There has been a sharp polarisation of views, with no reconciliatory movement being attempted by either side of the political spectrum.

There have also been important deteriorations in the quality of information available – especially surrounding the political process – and the American elites have become more factionalised.

The recent protests in Poland against judicial reforms on abortion rights – which have seen tens of thousands of women took to the streets – epitomise the impact of underlying group grievances.

Deteriorations in Positive Peace indicators such as the free flow of information, factionalised elites, and group grievances, reflect the widening gap between dissenting political groups and the radicalisation of views on economic management, personal freedoms, immigration and foreign relations.

In 2018 under ten percent of Americans thought that political violence could be partially justified. This has jumped to roughly 40% for Republicans and Democrats in 2020.

The journey out of the current global recession will be long and arduous, and countries’ responsiveness and adaptability will determine their performance and socio economic recovery.

Positive Peace – which measures societal resilience, effectiveness of institutions, and social cohesion – when combined with favourable economic conditions prior to the crisis, will determine which countries are most likely to bounce back from this unprecedented disruption. Why Hybrid Regimes Have the Highest Levels of Civil Unrest

Protest movements and riots are challenging a range of regimes and political systems around the world.