Five Most Improved Countries on the 2020 Global Peace Index 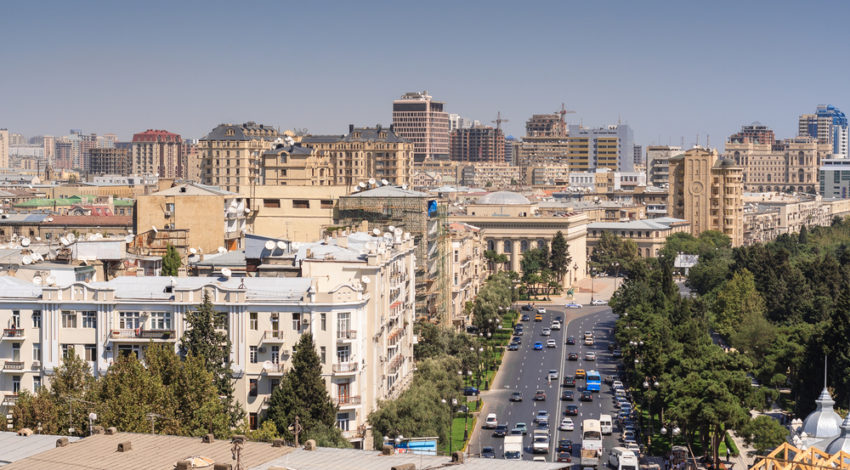 The Five Most Improved Countries in 2020

All five of the most improved countries on the 2020 Global Peace Index sit in the bottom 40 of the index.

Honduras had the fifth largest improvement in peacefulness on the 2020 Global Peace Index, rising four places in the rankings with a 3.1% increase in its overall score.

It recorded improvements across all three GPI domains, and had particularly noticeable improvements on the political terror scale and deaths from internal conflict indicators.

Honduras has suffered from some of the highest rates of internal conflict and interpersonal violence in the world over the past decade. However, the level of conflict has steadily declined over the past five years.

As the activities of criminal gangs in Honduras have begun to subside, the homicide rate has fallen steadily, and deaths from internal conflict fell to zero.

The political terror scale indicator improved, suggesting that government repression related to internal conflict has now lessened, and there was also a fall in the number of terrorist attacks and deaths from terrorism.

However, both the police rate and incarceration rate have risen over the past few years.

Despite these improvements, there are still many sources of potential conflict and tension within Honduras. It has the fourth highest homicide rate in the world, despite a 26% fall in the number of homicides in 2017.

The political tensions surrounding internal conflict and migration flows threaten to sour relations with the US, and it still has very high levels of violent crime, with concordantly high perceptions of criminality.

South Africa had the fourth highest overall improvement in peacefulness in the 2020 Global Peace Index. Its overall score improved by 3.4%, which saw it rise three places to be ranked 123rd overall, with improvements in all three GPI domains.

However, despite this improvement, South Africa still faces many challenges to peace, especially in the Safety and Security domain. In particular, it has a very high homicide rate, and very high levels of violent crime.

South Africa’s biggest improvement was in the political terror scale indicator, where its score moved from a four to a three.

This suggests that while political violence and human rights abuses in the country remain common, the scope and intensity of these abuses has been reduced.

In addition, South Africa improved on several indicators in the Militarisation domain. Its commitment to timely UN peacekeeping funding improved, and the number of both weapons imports and weapons exports fell.

Bahrain had the third highest increase in peacefulness on the 2020 GPI, with a 4.8 per cent improvement in overall score, leading to a rise in the rankings of nine places.

This is the third consecutive year of increasing peacefulness in Bahrain, after almost a decade of sustained deteriorations in peacefulness. It is now the eighth most peaceful country in the Middle East and North Africa region.

The improvement in peacefulness in Bahrain was driven by changes in just a small number of indicators, most notably access to small arms and the intensity of internal conflict.

Although private gun ownership is quite high in Bahrain, it has halved on a per capita basis over the past few years. Moreover, the laws on firearms possession are quite tight including licensing only for those over the age of 21 for both firearms and ammunition.

With respect to the intensity of internal conflict, tensions remain between the Sunni ruling minority and the Shia majority who feel under represented However, the authorities have tightened security and the number of incidents of violent protest has fallen sharply over the past.

Figures released by the Ministry of the Interior reveal an 86% decline in the number of terrorismrelated criminal investigations since their peak in 2014.

Armenia had the second largest increase in peacefulness on the 2020 GPI, with only its neighbouring country Azerbaijan having a larger improvement.

It rose 15 places in the rankings and is now ranked among the 100 most peaceful countries, owing to a large improvement in relations with neighbouring countries, as well as a substantial fall in its incarceration rate.

The largest improvement occurred on the Ongoing Conflict domain, with improvements in relations with neighbouring countries and a fall in deaths from internal conflict.

An improved relationship with neighbouring Azerbaijan, was the primary driver of these changes, helped in part by Armenia’s ‘velvet revolution’, and a stabilisation of the Nagarno-Karabakh conflict.

On the Safety and Security domain, Armenia’s incarceration rate improved significantly, falling over 35 per cent over the past three years to 76 prisoners per 100,000 people.

This fall means that Armenia now has the lowest incarceration rate in the Russia and Eurasia region. There was also an improvement in its homicide rate, political instability, and a fall in terrorism impact.

Despite these improvements, Armenia did record deteriorations in some indicators.

Although political instability improved, it came at the expense of increasing government interference, resulting in a deterioration in Armenia’s political terror scale score.

There was also a deterioration in the Militarisation domain. In contrast to the improvement in Azerbaijan, weapons imports rose significantly, as did military expenditure as a percentage of GDP.

Azerbaijan recorded the largest improvement in peacefulness on the 2020 Global Peace Index with its score improving by 7.6%, leading to a rise of 12 places in the rankings.

Azerbaijan’s improvement on the Ongoing Conflict domain was driven by an improvement in its relationship with its neighbour Armenia.

The last significant open conflict between the two countries was in 2016, when the ceasefire was broken and an estimated 300-500 people were killed in the so-called ‘four-day war’.

The Nagorno-Karabakh conflict has stabilised.

After three years of relative peace and an operational ceasefire in 2017-19, the Nagorno-Karabakh conflict has stabilised.

Weapons imports also fell substantially, with the indicator recording a 25% improvement on the 2020 Global Peace Index.

Although the improvement in peacefulness in Azerbaijan was significant, the country still faces several significant obstacles to peace, particularly on the Safety and Security domain.

Perceptions of criminality remain high, and the country also has high levels of political instability, and scores poorly on the political terror scale. The Five Most Peaceful Countries in the World in 2020

The 2020 Global Peace Index reveals the most peaceful countries in the world.