In this article, we take a look at a systemic approach to disrupt terrorist group recruitment by analysing the positive feedback loops supporting terrorist organisations. Attempts to dismantle a network would need to recognise why the network has influence with potential recruits, sympathisers and funders.

What is driving the terrorist recruitment?

It is important to understand some of the motivations behind why some individuals join terrorist groups. In OECD countries the terrorist groups would look to identify vulnerable individuals, many of whom are angry and alienated, in their recruitment agendas. IS looked to identify vulnerable young European men and women, primarily ones feeling angry, resentful and alienated, and it promised them a new life and new opportunities.

In the Rest of the World, the focus would range from offering economic incentives and highlighting corruption and a lack of respect for basic human rights on the part of the government. In the Sahel, different strategies were used. For example, one of Boko Haram’s strategies was to offer between US$600 – US$800 each month to those that joined its ranks, whereas those lucky enough to get a job could at best earn US$72 a month.

The factors underpinning the workings of a terrorist group could be represented as nodes in a network, and the linkages represent the influence that each node has on the next. The nodes and the linkages between them form feedback loops allowing the group to operate and thrive. Disrupting these links can limit the group’s efficacy and lead its members to abandon it. Extremist groups who are unable to rely on external sources of support and must rely on the local population focus their attacks on military, police, and government entities as they look to create instability. Others may choose to turn to mass casualty attacks on groups not aligned with them as a way to publicise their agenda, their growing sophistication, and reach as seen for example with Al-Shabaab’s Westgate Shopping Centre attack (2013) and the 2015 Garissa University attack. The network may then use such perceptions to enhance its influence internally and among potential recruits. This is known as the media and influence feedback loop.

High-impact attacks and the availability of funding to carry out such attacks may also boost the number of non-affiliated sympathisers. These individuals support the network financially by promoting its agenda. Similarly, the motivation and recruitment feedback loops contribute to the maintenance and cohesion of the network. Disrupting one particular node could break a loop and seriously hamper part of the network’s operations. The node corresponding to the influence of the network is the only node to participate in all loops. As such, it is potentially the most critical for actions aimed at dismantling networks. However, the most successful actions will look at the overall system and attack it systemically. Attempts to dismantle a network would need to recognise why the network has influence with potential recruits, sympathisers and funders.

Role of family and friends

The proximity of an individual to members of a terrorist group has a profound influence on whether or not the individual will join. For example, around 58% of current or former IS members report being influenced by either immediate or extended family, or close friends that were members. Interestingly, much in the same way families can be a source of radicalisation; they can also guide members away from this path, turn them to the authorities or limit the time spent in terrorist groups.

Terrorist groups routinely utilise social media to promote their political agendas and attract individuals to their cause. Nearly 50% of current or former members of IS indicate they were radicalised through passive consumption of material on social media. Monitoring of social media feeds by law enforcement is thus crucial in identifying key accounts and individuals who are accessing the material, seeking to recruit others, or expressing a desire to provide financial or material aid to them. Social network analysis has proven to be useful in identifying the perpetrators.

Terrorist groups flourish when they can increase their influence, and one of the primary drivers of influence is media coverage, in addition to recruitment of sympathisers and finances. Many of the violent attacks we see playing out today are at least partly conceived with media coverage in mind, targeting not just the actual victims but millions of shocked and shaken spectators across the globe. This was something that began with 9/11 but was promoted by Zarqawi, who not only oversaw many acts of violence, such as the 2003 bombing of the Imam Ali Mosque in Najaf that left more than 90 people dead and the 2005 Amman bombing in which over 50 people died.

The higher the degree of notoriety a group has, the more likely it is to attract potential recruits or become a source of inspiration for other would-be terrorists. Limiting the media exposure of terrorist groups minimises their opportunity for political influence. The media can also have a positive impact following a terrorist attack by acting as a peacemaker, communicating community solidarity and public awareness of security threats in a non-dramatic way.

Role of education and awareness

Factors cited by many former terrorists for leaving a group might dissuade others from joining in the first place. Some of the primary reasons for leaving groups like IS are moral apprehension with their treatment of civilians, women, foreign fighters and their own members, a lack of food and poor living conditions, and corruption.

Interestingly, these issues are not unique to IS. Similar factors have been cited by individuals leaving other militant groups. This highlights the stark difference between expectations and reality, and is an effective counter-narrative for discouraging those seeking to join a terrorist group. This suggests that a potentially effective way to disrupt recruitment is to educate vulnerable youth about the harsh reality of belonging to and operating for a terrorist group. Showing potential recruits the violence of the actions and the emptiness of the promises may dissuade some of them from joining. 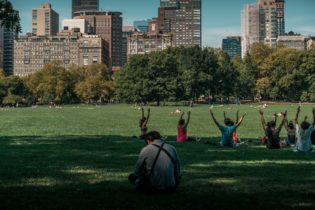