There are increasing risks from anti-vax communities for medical workers and authorities rolling-out the COVID-19 vaccine, writes Elise Thomas.

The Threat of Anti-Vax Conspiracies

Over the weekend of 30 January, one of the US’s largest mass vaccination sites was temporarily shut down after protesters gathered at the entrance, blocking people from entering to receive the vaccine.

It was one of a growing number of physical disruptions and security incidents linked to anti-vaccine conspiracy theories.

As critically important vaccination programs roll out in countries around the world, it is imperative that we think about mitigating the potential security risks posed by conspiracy theorists to vaccination sites.

In the early days of the pandemic, conspiracy theories circulating through online platforms and communities contributed to a wave of physical harassment, threats and security incidents at hospitals and COVID-19 testing sites around the world.

International hashtags such as #FilmYourHospital and #EmptyHospitals resulted in often-aggressive individuals armed with cameras harassing medical staff, patients and members of the public.

Targeting of Covid-19 related facilities has continued into 2021, with anti-lockdown protesters in Denmark burning down a testing centre in January.

As vaccination programs expand, it is highly likely that the focus of conspiracy theory-fuelled protests will shift to vaccination sites – especially large, centralised sites such as the Dodgers Stadium in Los Angeles which was targeted over the 30 January weekend.

It is still too early to say for certain how this dynamic will develop, but based on the experience of earlier phases of the crisis we can make a few reasonable assumptions about how the anti-vax sentiment may impact vaccination sites.

One way is through the harassment or intimidation of medical workers at the site, and of members of the public as they go to receive the vaccine.

For example, anti-vax advocates might wait at the entrances to vaccination sites, handing out anti-vax leaflets or filming those attempting to enter, challenging or questioning their decision to be vaccinated.

Another is through protests which seek to actively disrupt the vaccination process, by blocking entrances or through other means.

The groups and organisations currently coordinating anti-lockdown protests in many parts of the world could and in some cases already are pivoting easily into anti-vaccine protests.

This is precisely what happened over the 30 January weekend in Los Angeles: the protest which disrupted vaccinations at Dodger Stadium was organised on Facebook, by an established anti-lockdown and COVID-19 conspiracy group.

Such protests have the potential to be significantly disruptive, not least because the protesters are unlikely to be wearing masks or adhering to other precautions, and because at least in the early stages, those attempting to get into the vaccination sites are likely to be precisely those most at risk from the virus.

A further escalation from this, but one which we have already seen play out, would be protesters attempting to force their way into a medical facility or vaccination site.

On 29 January in Clark County, Washington, a hospital was briefly put into a security lock-down after a group of protesters congregated outside the building to demand the release of a patient in an incident linked to COVID-19 conspiracy theories.

Some of the protesters were armed, and the entire episode was live-streamed on YouTube by protesters.

The protesters assembled in response to a call-out on social media by the elderly patient’s daughter (who had been denied entry to the hospital because she refused to wear a mask) and appear to be linked to the ‘People’s Rights Washington’ group, which has previously protested outside the homes of Vancouver city attorneys.

The altercation was ultimately resolved after the patient was released, but not before sheriff’s deputies were required to physically push back and pepper-spray protesters to stop them from entering the hospital.

For their part, the protesters saw the ultimate release of the patient as a victory. Their success in “rescuing” the woman from “medical kidnap” has been widely shared across conspiracy sites and fringe news outlets such as Gateway Pundit, and on social media.

The support their actions are receiving may encourage other similar incursions into medical facilities in the future.

There are some relatively simple steps which could be taken to help mitigate the potential risks which conspiracy-fuelled behaviour poses to vaccination sites.

One option might be to consider implementing a protest exclusion zone around large vaccination sites, similar to exclusion zones around abortion clinics in some areas.

This allows anti-vax protesters to continue to exercise their rights to freedom of expression while reducing the stress and intimidation inflicted on medical staff and people arriving to be vaccinated.

Another strategy should be  ensuring that there is a security plan in place at each site, and that staff are trained in what to do and who to call in the event that they are confronted by aggressive protesters or anti-vax activists.

Having a plan, even a very simple one, costs nothing and could help to significantly reduce delay and disruption in the event of anti-vaccination protests.

It is possible that anti-vax activists will restrict themselves to the digital sphere and allow vaccination efforts to progress smoothly, but signs so far indicate otherwise. If the past year has taught us anything, it’s the value of looking ahead at what might go wrong, and being prepared to respond when it does.

Elise Thomas is an OSINT Analyst at Institute for Strategic Dialogue. She has previously worked for the Australian Strategic Policy Institute, and has written for Foreign Policy, The Daily Beast, Wired and others. 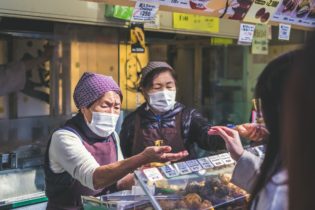 The World Health Organisation is calling for countries to cooperate and ensure the equitable distribution of COVID-19 vaccines across the globe.