What does the US – China relationship mean for climate change?

US speaker of the House Nancy Peloisi’s visit to Taiwan has sparked immediate reactions from China in the form of sanctions and a suspension on military and climate ties with the US. 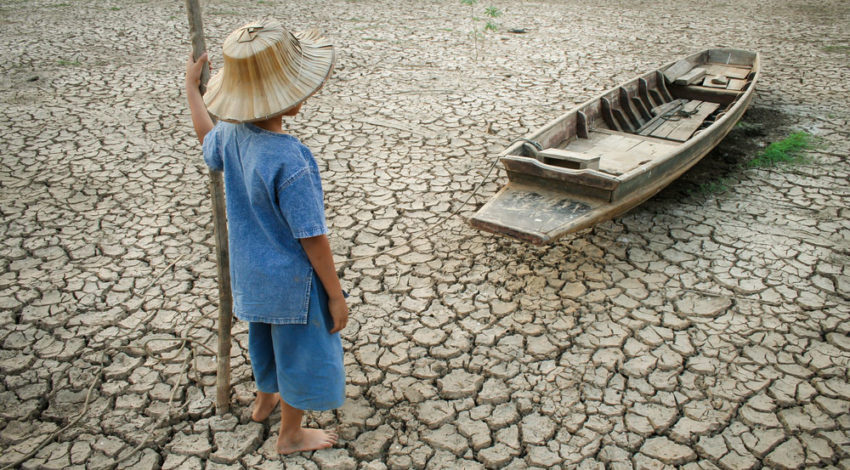 US Speaker of the House, Nancy Pelosi, visited Taiwan at the beginning of August as part of a tour of Asia that included stops in Singapore, Malaysia, South Korea and Japan. Pelosi is the highest ranked US official to visit Taiwan since a 1997 visit by then House speaker Newt Gingrich. China has responded to the visit with wide-ranging measures including significant military drills and sanctions against Pelosi and her family. They have also suspended ties on critical collaborative initiatives such as tackling the international drugs trade, fighting crime, repatriating illegal immigrants, and collaborative action to tackle climate change.

The response by China is likely to have global ramifications. The South China Sea is among the world’s busiest naval trade regions, responsible for up to 33% of all global trade. The resulting and significant Chinese military activity around Taiwan will likely only add to the ongoing supply chain disruptions caused by the Russian invasion of Ukraine. This coupled with suspending collaboration, as well as avenues for dialogue, increases the possibility of a strategic misstep within the region that could escalate the crisis further. Both U.S. and China see Taiwan as fundamentally important to their strategic interest

Relations between China and the US have been steadily deteriorating in recent years, particularly since the US pivoted its foreign policy objectives from the Middle East towards the Asia-Pacific region. Taiwan has long been an area of tension between the countries, both of whom see the island of 23 million people as fundamentally important to their strategic interests.

China views Taiwan as part of its sovereign territory, seeing it as a breakaway province to be brought back under its control. Under President Xi Jinping, China has become increasingly assertive on the international stage and has significantly developed both economically and militarily. For Xi, Taiwan represents not only a strategically important area, but also a source of national identity important to the authoritarian nationalistic platform he has used to solidify control within China.

Despite a general trend of improvement in Positive Peace since 2007, China’s increasing military focus has been apparent. Security crackdowns, such as those in Hong Kong, have been increasingly common and China has continued to expand and modernise its military capabilities. In April 2022, China announced a 7.1% rise in military spending, partly in response to the defence build-up of the US and its allies in the Pacific region, especially around Taiwan. This massive increase in militarisation will likely have an impact on China’s score in IEP’s 2023 Global Peace Index (GPI).

The US, meanwhile, has long held a position of ‘strategic ambiguity’ when it comes to Taiwan. Under this strategy, the US does not explicitly state its security intentions when it comes to military support of Taiwan, intending for the ambiguity to dissuade both China and Taiwan from escalation. However President Joe Biden has on a number of occasions appeared to suggest that the US would support Taiwan militarily, only for officials to march this back and clarify that the policy of ambiguity remains.

The US has continued to extend its military build-up in the Asia-Pacific region since 2018 and has a far larger military expenditure than any other country. It is clear that attitudes in Washington have shifted and have become more hawkish on China, and the visit by Pelosi is emblematic of such a change. While the suspension of dialogue on military matters represents an increased threat to security in the region, the long term impacts of the suspension of climate collaboration have the potential to be particularly damaging.

Environmental issues have increasingly represented an area of mutual interest for the US and China, and a potential avenue for strengthened bilateral relations. China’s environment minister Huang Runqiu visited the US in July, following a surprise agreement between the US and China to strengthen climate collaboration at the UN COP26 Climate Conference in August of last year. Runqiu was the first high level official to make a public visit to Washington during Biden’s presidency, and there was a sense of optimism that this could spell a new wave of collaboration on climate issues. The escalation in the South China Sea appears to have put paid to that idea, with a near total suspension of mutual climate engagement.

Furthermore, US and Chinese officials were scheduled to meet as part of a climate working group in September, after months of preparation. This group was due to discuss a wide range of topics including deforestation, renewable and clean energy, as well as emissions reductions. These meetings have been suspended by the Chinese government as part of the response to Pelosi’s visit. Regardless of whether the situation is de-escalated, it is highly unlikely that tensions will be reduced sufficiently for these talks to go ahead as planned.

The COP27 conference, scheduled to be held in Egypt this September, is fast approaching. The bilateral talks from the working group represented the final opportunity for the US and China to establish a unified approach ahead of the conference. It remains to be seen how this ratcheting up of tensions will affect the outcome of the COP27, but current signs suggest that a repeat of last year’s positive outcome is highly unlikely.

Perceptions of climate change in China

Despite China being the world’s largest emitter of carbon dioxide, only 23.3% of the population viewed climate change as a major threat in the next 20 years according to the 2019 Lloyds Register Foundation World Risk Poll. This figure fell to only 20% with the 2021 World Risk Poll. This is under half the value of the global average and suggests that there is unlikely to be significant domestic pushback on the Chinese government’s decision to suspend climate change collaboration.

Despite the low levels of risk perception, climate issues are becoming increasingly impactful within China. Experiences of severe weather was the index with the largest increase in the 2021 World Risk Poll, with 8% more people experiencing or witnessing serious harm from severe weather than had been the case in 2019. China recorded over 3.9 million displacements as a result of disasters in 2020, and this number increased to over 6 million in 2021, in part as a result of devastating floods in Henan.

Read more about perceptions of climate change around the world in this ETR briefing ‘Changing Perceptions in a Changing Climate‘ from the IEP Briefing series.

The US and China are the world’s leading emitters of greenhouse gases, as well as being widely considered the world’s two leading superpowers. Although both nations’ impact on the environment is enormous, so too is their capacity to affect change. The combined resources of both nations will be critical if the increasing challenges of climate change are to be addressed. Although bilateral relations have been suspended, both countries are unlikely to ignore pressing environmental challenges that impact them greatly. However, it is only through collaboration and increased engagement that these combined resources can be leveraged effectively.

Last year, Wang Yi, China’s foreign minister referred to climate cooperation as an ‘oasis’ but also warned that the oasis ‘could be desertified very soon’. That desertification appears to be what we are witnessing now.

The breakdown in climate relations is symptomatic of a wider deterioration of the US-China relationship. Climate change remains the single greatest threat to global peace and stability. It is critical that the ‘oasis’ of climate collaboration remains protected, regardless of the geopolitical situation, and that the worlds’ great powers continue to work together to face this challenge. IEP is currently analysing the Lloyd’s Registers World Risk Poll and providing a snapshot of what we’ve learnt so far. This week we’re looking...