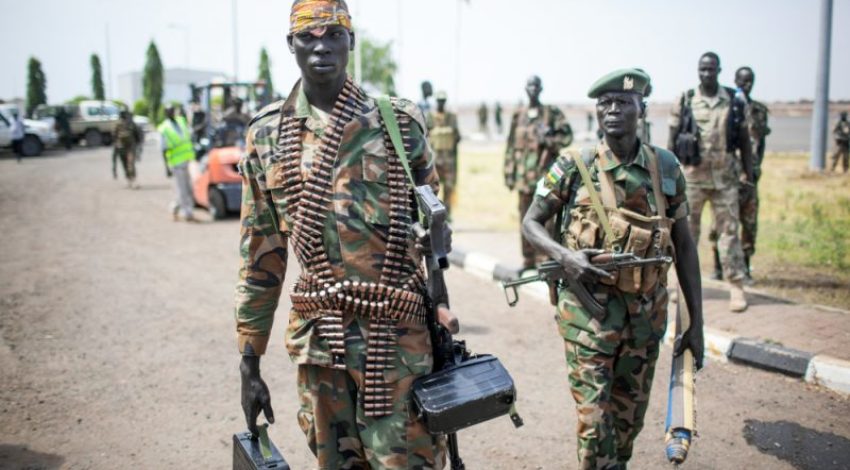 More than 60 pages, the report profiles international actors that have allegedly provided support to South Sudanese militias involved in the civil conflict since 2013, as well as other perpetrators of violence and human rights abuses.

The report claims billions of dollars were accumulated through the plundering of the country’s rich natural resources, while local communities suffered.

Meanwhile, the United Nations Human Rights Commission for South Sudan this week alerted the international community to the widespread starvation lingering under the backdrop of political deadlock left after last year’s peace agreement.

South Sudan By the numbers

Low Levels of Corruption is one of the eight pillars of Positive Peace. In the context of building peace, this pillar can enhance confidence and trust in institutions.

In societies with high levels of corruption, inefficient resource allocation often leads to a lack of funding for essential services and civil unrest.

Over the past ten years, trust in the national government, political processes such as elections, the judicial system and financial institutions has increased modestly on a global scale.

Beyond corruption in South Sudan: Perceptions of institutional competency vary significantly from region to region.

South America has the lowest faith in government, with 77% of respondents in the region believing their government was corrupt in 2018.

This region also had the largest increase in perceptions of corruption over the past decade, rising by eight percentage points. Deteriorations of over 20 percentage points in government confidence occurred in Uruguay, Colombia, Venezuela and Brazil.

The biggest improvement in confidence in institutions occurred in sub-Saharan Africa, with perceptions of corruption falling the most of any region in the last 10 years.

The upward trend in confidence in the government in sub-Saharan Africa was driven by increases of 25 percentage points or more in Tanzania, Zimbabwe, Cameroon, Senegal, Mozambique and Niger.

These six countries ranked as the top risers in government trust globally.

Corruption influences all levels of peace

Low Levels of Corruption is the only pillar that is strongly statistically significant across all levels of peacefulness.

This table shows the correlations for each of the eight pillars of Positive Peace at each level of peace. A correlation coefficient of greater than r=0.45 indicates a strong relationship, while that above r=0.3 indicates a moderate relationship.

There are tipping points where small increases in Positive Peace can trigger large changes in Global Peace Index scores. Tipping points occur for Low Levels of Corruption, as well as Equitable Distribution of Resources, Safety and Security, Sound Business Environment.

Corruption can precede declines in peace

A deterioration in the Low Levels of Corruption pillar, amongst others, can indicate that a country will decline in peacefulness.

At the pillar level, deteriorations in Low Levels of Corruption, Acceptance of the Rights of Others, Well-Functioning Government and Free Flow of Information are common leading indicators of future instability.

This chart highlights how many countries deteriorated on key indicators of Positive Peace prior to their deterioration in the GPI.