Time for an Emergency Global Buyback of Weapons

The pandemic could be a turning point in human history by reshuffling the existing scenarios. The outbreak of the COVID-19 pandemic is determining a global recession. From the very first days of this crisis it has been clear that the worst consequences would be for developing, transition, and low-income countries where economic systems, as well as human rights, democracy, and inclusive institutions are less resilient. In fact, the pandemic could be a turning point in human history by reshuffling the existing scenarios. In particular, the economic downturn could be so pervasive such as to inflame armed conflicts and other forms of violence.

However, albeit difficult, the current scenario could provide an opportunity for disarmament. There is room to launch a proposal we can term here Emergency Buyback (EB), namely a global emergency fund created to implement a general buyback of conventional weapons and small arms. This fund would buy conventional weapons from governments, particularly developing countries and Least Developed Countries (LDCs) to eventually destroy them.

This general global buyback of weapons should be created and funded through a multilateral agreement and eventually managed by an agency at the United Nations. The purpose would be two-fold: on the one hand for the production of the global public good of disarmament and on the other hand, countries can benefit from additional liquidity. In fact, governments could receive direct payments in return or create a special reserve to be drawn upon to cope with the long-lasting emergency. Benefits for governments would be well-defined: (1) monetary payments and not IMF-like credit subject to heavy conditionality. (2) an incentive to enforce ceasefires and peace treaties; (3) a signal to the international community of the willingness to pursue stability and peace.

Such an agreement would be questioned because of the enforcement mechanism to be implemented. In fact, opportunistic governments could sell weapons to the EB agency and eventually buy new weapons. Therefore, the unforeseen consequence would be paradoxically an increase of demand for weapons. In order to avoid this, an EB agency should provide adequate incentives and liquidity, and an effective mechanism of monitoring as to ‘tie the hands’ of recipients. For example, in order to increase the incentives, the EB could be linked to a debt relief programme in a medium-term perspective.

In any case, it will be necessary to design a self-enforcement mechanism because a coercive authority would be in opposition to the mission of such agreement because it would limit the sovereignty of countries. A further problem could be related to security in countries where the plague of armed conflicts are more recent. In fact, countries could be threatened by both external or internal rivals after they have sold their arsenal. To cope with that, governments should be allowed to ask for temporary deployment of UN Blue Helmets or other international mission, given that they have been proven to be effective in limiting conflicts and violence in several circumstances.

Further problems are related to the production chains of weapons. Through offset agreements defence companies transfer technological knowhow or employ local workforce and suppliers to produce the weapons they are selling to the governments. The offset is often worth a substantial percentage quota of the value of the contract. Therefore, selling weapons to the fund could imply a reconversion of factories and reallocation of the workforce. In the short term, this would imply costs (both financial and political) that could balance benefits, particularly in times of economic sluggishness.

The production chains of multinational defense firms also matter. Several defence companies have subsidiaries worldwide that produce spare parts for weapons. Thus, parts and components of weapons should be included under the scope of the EB. First, in this respect, the problem is that precise definition and classification of parts and components of weapons are not available. More importantly, crucial would be the capacity of governments to persuade foreign-owned private companies to release spare parts. Specific contracts would be necessary to requite private companies. Likewise in this case, there would be both political and economic costs for countries.

Finally, the major objection would be that the actual benefit of a global general buyback could be small in magnitude for many countries. In fact, in many countries military expenditures appear to be small and in particular acquisition of weapons is even smaller because a large quota is for military personnel. In this respect, consider that in 2017 arms imports of the countries in the 5th quintile in terms of GDP per capita – namely the poorest countries – have amounted almost to $8 billion (source: WMEAT).

This amount far exceeds the recent $2 billion global humanitarian response plan launched by the United Nations Secretary-General António Guterres for the world’s poorest countries and the urgent commitment of the IMF Catastrophe Containment and Relief Trust (CCRT), which has been USD$500 million and it is expected to reach a total amount of USD$1.4 billion in the next two years. Consider some of the following examples:

In 2017, Mali imported US$0.1 billion of weapons and in recent times, Mali has received US$9.95 million (0.01 billion) under the CCRT. Yet in 2016, Rwanda imported US$0.1 billion of weapons, while recently it has received US$10.9 million under the CCRT and 109.2 million (0.109) under the Rapid Credit Facility of IMF. In brief, for many low-income countries the payment from the EB fund could be substantial. In fact, EB would contribute not only to recovery but also to peace. 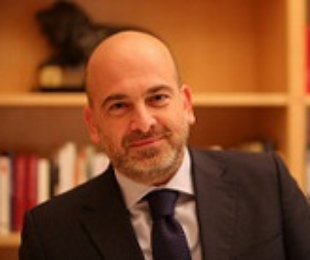 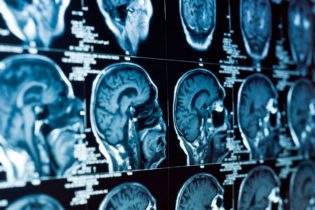