The impact of Positive Peace on economic performance

Other things being equal, countries that score well in the Positive Peace Index tend to have higher growth in GDP per capita, greater corporate profitability, stronger household consumption and less volatile inflation. Countries that improved in Positive Peace from 2009 to 2019 recorded an average annual growth rate in per capita GDP almost three percentage points above nations in which the PPI had deteriorated.

Positive Peace can be used to signal future superior economic performance, thereby acting as a predictor of better economic and corporate outcomes.

Positive Peace outcomes are autoregressive, meaning that once a PPI score improves for a country or region in a given year, it will tend to continue improving for some time in the future.

Positive Peace and economic processes are also self-reinforcing. A better PPI outcome in a given year will increase the probability of favorable economic results in the future, which will in turn, contribute to further improvements in Positive Peace.

These dynamics mean that Positive Peace and economic cycles tend to have long durations and be intermeshed with one another. Because of this, nation states or regions that improve in the PPI up to a certain time, can expect to record superior economic performance beyond that time.

This is at the heart of the PPI’s ability to predict the economic outperformance of countries and regions. This ability can be used by businesses and investors to help guide their commercial and financial sovereign exposures.

The recursive process described above allows the construction of an annually re-calibrated portfolio of countries whose real GDP growth outperforms future growth in global real GDP.

For example, by selecting those countries that improved materially in Positive Peace up to a specific year, say 2018, an investor will have a portfolio of nations whose real GDP growth will be higher than the global average in 2019.

The methodology can be further developed and adapted for different time lags and different predictive windows. The combined GDP of the annually re-calibrated portfolio of PPI improvers rose by 48% from 2010 to 2019. This is 12 percentage points higher than the global average growth of 36% in the same period, amounting to an outperformance of 33.3%. The same methodology can be employed to assess how business profits in countries where the Positive Peace is improving outperform global counterparts. To do this, the analysis used the economic concept of gross value added (GVA), which is defined as revenues from selling goods or services minus the variable costs for producing such goods and services. Therefore, profits of firms equal the GVA minus fixed costs (overheads).

GVA is defined by the UN Systems of National Accounts and is measured consistently across different countries and time. As such, it is the standard way of measuring the profitability of firms aggregated at the national level for cross-country comparisons. The real GVA of Positive Peace improvers recorded 26.5% higher profit from 2010 to 2019. Read more: Which business sectors benefit most from Positive Peace?

The outperformance in the agriculture sector of countries that improved in Positive Peace is smaller, at 21%. This is to be expected, because agriculture is impacted by a range of factors not captured in the PPI, such as temperature, levels of rainfall and humidity, composition of the soil and terrain features. However, countries with high Positive Peace can still influence their agricultural yield to some extent, through research, mechanisation of farming, effective management of resources, as well as equitable and easy access to markets and consumption centres.

Services’ outperformance is similarly subdued at just under 20%. This lower responsiveness to domestic Positive Peace conditions may have a number of causes. Firstly, some service sectors such as tourism, hospitality and transport are highly dependent on geographical and climatic factors, which are not incorporated in the PPI. Other sectors such as finance and professional services are essentially international in nature, with the global hubs of New York, London, Frankfurt, Hong Kong and Shanghai, concentrating most of the activity and profits. A domestic improvement in Positive Peace in a peripheral country would do little to change this picture. 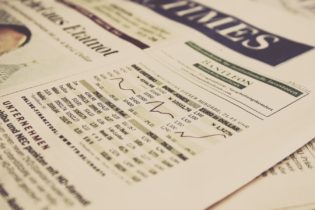 Data shows that peace and economic performance can be mutually reinforcing.