The 5 Most Improved Countries on the 2019 Global Peace Index

There is a buzz of improvements in the bottom quadrant of the Global Peace Index, with three of the five most improved being among the least peaceful. There is a buzz of improvements in the bottom quadrant of the 2019 Global Peace Index, with three of the five most improved countries being among the least peaceful.

The Five Most Improved Countries on the 2019 Global Peace Index

The five most improved countries from the Global Peace Index include Rwanda, North Macedonia, Egypt, Sudan, and Ukraine.

In 2019, the year that commemorates 25 years since the Rwandan Genocide, Rwanda showed it is an example of post-conflict recovery. Recording the fifth largest improvement in peace and moving up 25 places in the rankings over one year, Rwanda now sits as the 79th most peaceful country on the 2019 Global Peace Index (GPI).

There is a notable reduction in violent crime in Rwanda over the last year. Official statistics indicate an improvement in the crime rate in Kigali. However, crime remains prevalent in the regions bordering the Democratic Republic of the Congo.

The 2018 release and acquittal of detained Diana Rwigara, the only candidate who ran against the incumbent President Paul Kagame in the 2017 election, suggests positive steps towards political tolerance and pluralism. The Political Terror Scale indicator reflected this improvement.

Although Rwanda saw improvements across all three domains of the GPI, the militarisation domain recorded the greatest strides. Rwanda’s United Nations peacekeeping funding improved by 41.8 per cent last year.

The newly named North Macedonia recorded a third year of consecutive overall score improvements, resulting in a rise of 23 rankings on the 2019 Global Peace Index. This year North Macedonia holds the highest ranking it has ever had (65th) since the inception of the index.

The current government, led by the Social Democratic Alliance of Macedonia, has forged positive relationships with European neighbours in recent years, particularly with Bulgaria and Greece.

North Macedonia has begun its accession into the European Union and North Atlantic Treaty Organisation after signing the Prespa agreement in January 2019.

The country formally changed its name to the Republic of North Macedonia in exchange for Greece ending its veto on Macedonia’s accession to the aforementioned intergovernmental organisations. Violent crime and political instability improved notably in North Macedonia over the last year.

Risks remain for Macedonia, as there was no recorded change in some of the country’s lowest performing indicators, such as perceptions of criminality and access to small arms. Ethnic tensions and political disputes, including the change to the country’s name, remain to be resolved.

Although Egypt is significantly less peaceful now than it was prior to the Arab Spring, 2019 is the first year of improvement in peacefulness since 2015. Egypt rose seven places in the bottom quadrant of the GPI, now ranking 136th.

To date this is the most comprehensive effort to respond to the threat from jihadis in the remote areas of Egypt. This has reduced the intensity and the number of deaths from internal conflicts.

Political stability improved over the past year in Egypt. In May of 2018, the incumbent president el-Sisi won a second four-year term. However, due to el-Sisi’s consolidation of power and control over opposition, Egypt’s Political Terror Scale score deteriorated in 2019.

Sudan has remained one of the twenty least peaceful countries in the world every year since 2008. For the first time, Sudan recorded the second largest improvement in peacefulness and rose three places to 151th on the GPI.

Despite maintaining a very high level of political terror, Sudan recorded an improvement in this indicator. Numerous political protests were staged against ousted President Omar al-Bashir in 2018 and 2019.

This marks a positive shift away from the prior policy, which saw political prisoners detained for long and undetermined periods. However, the prospects of a smooth transition to democracy are uncertain, and the country’s peacefulness remains very fragile.

Sudanese citizens ended the GPI year (March 2018 to March 2019) with four months of protests that were sparked by rising food prices and culminated in calls for the resignation of President Omar al-Bashir, who was eventually removed from power by the military on 11 April.

While military leaders initially announced a two-year transition to civilian rule, protestors maintained a sit-in in the capital and General Ibn Auf, head of the military council, relinquished his leadership.

At the time of writing, the transition was expected to proceed more swiftly in order to quell the unrest and restart the economy.

1. Ukraine is most improved on the 2019 Global Peace Index

Although Ukraine only rose two places on the index and still ranks in the least peaceful quadrant of the index at 150th, it recorded the largest improvement in peace over the last year.

The decline in the intensity of the war in the Donbas region has contributed to the first improvement in the Ongoing Conflict domain since 2011.

An 85.7 per cent reduction in internal conflict deaths means Ukraine showed the third largest reduction in this indicator, with more than 7,800 fewer lives lost over the last year.

Despite this improvement, Ukraine maintains the worst possible score for intensity of internal conflict and relations with neighbouring countries.

The impact of terrorism in Ukraine declined five per cent last year, and the country’s Political Terror Scale score improved for the first time since 2015. The election of President Volodymyr Zelensky proceeded smoothly, paving the way for future improvement in the political indicators on the index.

Next up: “The 5 Most Improved Countries on the 2021 Global Peace Index“ The 5 Most Peaceful Countries on the 2019 Global Peace Index

One of the most read articles in 2020, this brief look at the most peaceful countries in the world was written before the pandemic. 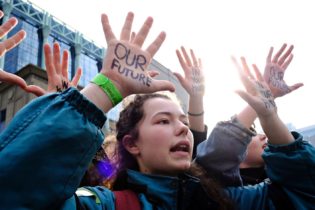 One of the most popular articles in 2020 provided the key findings from the 2019 Global Peace Index, when levels of peace improved for the first time...