One of the most read articles of 2020 is from the 2017 GTI, in which Lt General VK Ahluwalia writes about the drivers of terrorism in India. One of the most read articles of 2020 is from the 2017 Global Terrorism Index where Lt General VK Ahluwalia writes about the drivers of terrorism in India.

A Spotlight on Terrorism in India

Easy access to sophisticated weapons and disruptive advances in technology, especially the cyber world masks the identity of the terrorists, facilitates real time secure communications and the flow of funds and provides access to an infinite resource of DIY kits on issues ranging from making bombs to executing beheadings.

These elements have collectively made terrorism the most preferred means of waging war. Despite the grave threat, the international community is far from reaching a consensus on how to fight this menace collectively.

So deep are the fissures that even adopting a common definition of terrorism and violent extremism has met stiff resistance.

The history of terrorism in India

India’s tryst with terrorism and violent extremism can be traced back partly to the religion based partition in 1947, which ripped the sub-continent into two nations: India and Pakistan.

The sub-continent remained witness to the most horrifying ethnic riots in modern history, which were marked by extreme violence and acts of terrorism.

Following the partition, after a brief period of neutrality, the then Maharaja of Jammu and Kashmir (J&K), Hari Singh formally acceded to India; however, this act of accession has not, and continues not to be recognised by Pakistan which lays claims to the Muslim majority region.

This territorial dispute lies at the core of the long standing conflict between the two nations with both nations each vehemently rejecting the other’s claims.

Further, India views Pakistan as perpetuating the on-going cross border conflict and for sponsoring militant activity in a bid to destabilise the state of J&K and other parts of the country.

In addition, considering the number of ongoing insurgencies in India, terrorism and violent extremism is also a manifestation of:

The relationship between terrorism and insurgency

What were the causes that led to the genesis of terrorism and its drivers in India? While seeking answers to this question, we will also dwell upon the terrorist initiated incidents and terrorists groups operating in India.

We will explore the complementary relationship between terrorism and insurgency, analyse various forms in which terrorism morphs and finally, establish the contours of successful counterterrorism strategies.

The primary causes of terrorism and insurgency in India are based on political, religious, ethnic, ideological, identity driven, linguistic or socio-economic grievances.

Terrorism in India, can be broadly categorised in three distinct parts:

India’s richly diverse society provides a fertile ground for terrorism to thrive in many areas:

Quite often, incidents relating to a particular religious or ethnic group act as a catalyst. They also act as an initiator to indoctrinate/ radicalise youth (and not necessarily only the poor and marginalised) to indulge in extreme forms of violence and terrorism.

Considering the fact that intensity of violence due to religious terrorism has always been very severe, strict law should be framed expeditiously against those delivering ‘hate speeches’ that incite a religious/ ethnic community’s passions.

India also remains highly vulnerable to terrorism by foreign terrorists, due to porous borders with all its neighbours and a long coast line. Resultantly, the terrorists and the insurgents continue to receive material support and funds from many sources.

India has experienced almost all forms of terrorist attacks:

The modus operandi of terrorism has remained dynamic to achieve its goals and objectives.

This is an edited extract from an essay that appeared in the Global Terrorism Index 2017. In its sixth year, the Global Terrorism Index is providing robust data-driven analysis to international bodies addressing the terror phenomenon. 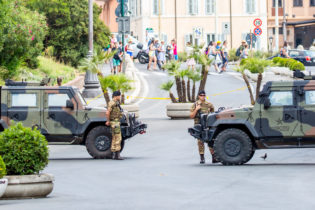 Reducing the threat of terrorism on a global and local level

What’s inside the Counterterrorism Yearbook 2021 from the Australian Strategic Policy Institute. 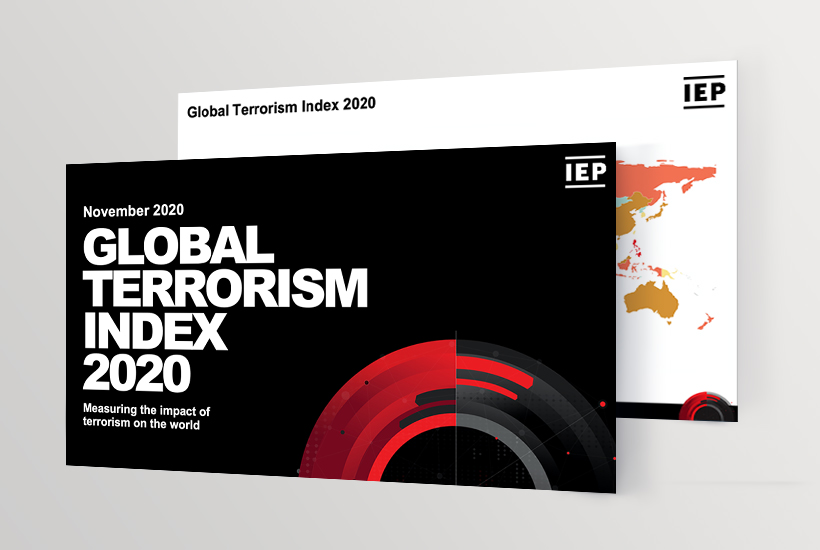