Programs to Lower Crime and Human Trafficking in Mexico

A look at successful programs increasing local levels of peace in a country dealing with its most violent year on record. A look at three successful local programs that aim to prevent crime as well as reduce violence such as kidnapping and human trafficking in Mexico.

Peace in Mexico declined by 4.9% in 2018, the third year of deterioration in a row. The major driver behind the drop was an upsurge in the homicide rate, which increased by 14%, to reach historically high levels.

But while Mexico deteriorated in peacefulness on a national scale, there have been successful local programs working to improve safety and security.

In the three states that improved the most in the 2019 Mexico Peace Index (MPI) – Baja California Sur, Sinaloa and Sonora – governments used programs specifically designed to target local challenges.

All of these programs incorporated inter-government agencies in collaboration with businesses and the community.

The largest improvement in peace occurred in the Mexican state of Baja California Sur, which improved its ranking by seven places, from 32 in 2017 to 25 in 2018.

In 2018, the public and private sectors jointly invested over 950 million pesos (US$50 million) into increasing security measures in the resort area of Los Cabos, in an effort to protect the state’s tourism-dependent economy.

Part of the new security measures included crime prevention strategies like surveillance and security cameras, but also new technologies like the rapid response system that connects all local businesses, hotels and to law enforcement authorities.

Empowering security officers with information and connections, the program also offered new security training in line with US Embassy standards, a new intelligence centre for Mexico’s marines, and a hotel security committee that meets biweekly to evaluate the status of security.

Although the measures are locally targeted to this tourist area, it is possible that the state’s decrease in homicide, organised crime and violent crime rates could be linked to these programs, due to Los Cabos containing over one third of the state’s total population.

2. Community cooperation for safety in Sinaloa

Sinaloa improved its ranking by five places in 2018, rising from 27 to 22 out of the 32 states of Mexico. The improvement in score reflects a 35 percent decrease in Sinaloa’s homicide rate, the second largest in Mexico after Baja California Sur.

In 2017, Sinaloa instituted the Sectoral Public Security Program, which outlined the state’s main crime threats and highlighted steps towards alleviating risks, such as multi-sectoral institutional change and increased community participation in preventing and mitigating crime.

Using community participation to prevent crime is also a feature of the program.

Beyond Sinaloa, the 2019 MPI also found that community cooperation is indicative of the level of Positive Peace; communities with high levels of cooperation are more likely to withstand negative external shocks and recover more quickly from challenges.

The report found states that have better MPI scores tend to have more community cooperation geared at tackling robbery. Similarly, peaceful states are also more likely to cooperate at the community level toward solving local problems, such as street lighting defects and water shortages.

Many of these ideas have yet to be implemented in Sinaloa, as the program is still in its beginning stages. However, the 35 per cent decrease in its homicide rate from 2017 to 2018, the second largest in Mexico after Baja California Sur, is promising.

In Sonora, the MPI ranking improved by six places in 2018, moving up from 18 to 12. From having one of the highest levels of kidnapping and human trafficking in 2017, to have the lowest rate in the country a year later, Sonora has made great strides in improving peace.

The year 2018 was the third consecutive year of overall improvements in peace.

While Sonora reported high levels of kidnapping and human trafficking in 2017, in 2018 it recorded the lowest rate in the country. This significant change could in part be due to the work of a taskforce specifically centered on preventing kidnapping, the Unidad Especializada en el Combate al Secuestro del Estado de Sonora.

A protocol for preventing human trafficking in Mexico

In December of 2017, the state government in partnership with the Attorney General and the Sonoran Institute for Women or Instituto Sonorense de la Mujer, developed a protocol for preventing human trafficking in Mexico.

This protocol includes measures to educate youth and the vulnerable from believing phishers and falling into risky situations. This is How to Improve Domestic Security in Mexico 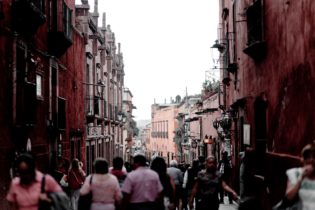