The Institute for Economics & Peace' research program has demonstrated that efforts to build peace can and do show measurable results and lead to the successful reduction of violence and meaningful improvements in people’s lives. 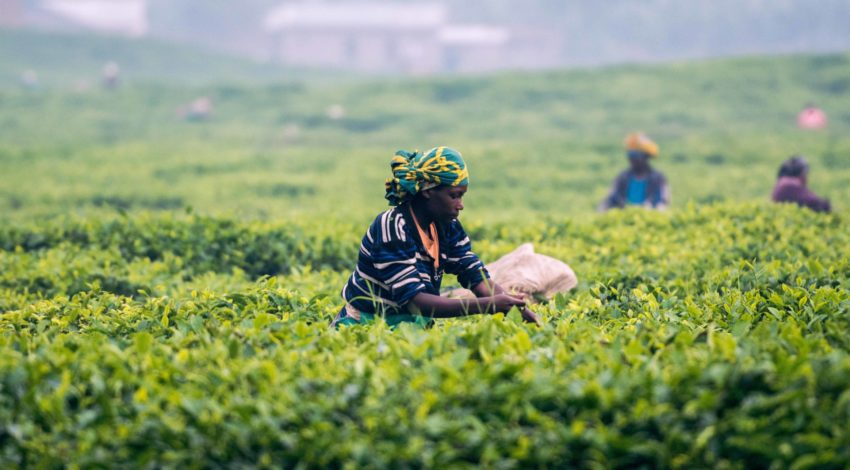 Research from the Institute for Economics & Peace has demonstrated that efforts to build peace can and do show measurable results and lead to the successful reduction of violence and meaningful improvements in people’s lives.

Several countries have demonstrated these results, including Rwanda, Sierra Leone, Liberia, Peru, Georgia, Cote d’Ivoire and the Gambia. The key to success is adequate commitment and strategic engagement:

• Successful peace building is characterised by sustained effort and improvements in many areas at once. The Eight Pillars of Positive Peace provide a framework for engagement.
• The pillars associated with deteriorations in peacefulness are different than those associated with improvements, meaning peace building needs to be solution rather than problem oriented in order to be effective.
• Economic indicators point to the benefits of investments in peace. Every dollar invested in peacebuilding carries a potential $16 reduction in the cost of armed conflict.

Successful peace building requires a multi-faceted commitment to target several different areas of society. IEP has found that peacefulness is the result of strength in the eight Pillars of Positive Peace, defined as the attitudes, institutions and structures that prevent and reduce violence. Sustained growth in Positive Peace is associated with improvements in peacefulness overall.

Peru, Georgia and Cote d’Ivoire were three of the five most-improved countries in IEP’s Global Peace Index over the last five years. Peacefulness improved in these countries after several sustained years of improvement on Positive Peace indicators. From 2005 to 2014, these three countries improved in almost all of the Pillars of Positive Peace and, importantly, did not deteriorate in any. Improvement in all eight domains likely reflects comprehensive efforts across different parts of society, such as governance, corruption, and relationships between groups.

In The Gambia, the most prevalent improvements were in the pillars of sound business environment, high levels of human capital, free flow of information and well-functioning government.

The Gambia is a rare example of a rapid improvement in peacefulness, as peacebuilding and stabilisation gained a foothold with the successful 2017 presidential election and the country rose 35 places in the GPI in a single year, recording the largest single country improvement. In the 2018 GPI, the Gambia is ranked, for the first time, amongst the 15 most peaceful countries in sub-Saharan Africa.

These most prevalent improvements were in the pillars of sound business environment, high levels of human capital, free flow of information and well-functioning government. Importantly, these pillars are different than those that are characteristic of breakdowns in peacefulness, suggesting that peacebuilding needs to be solution-oriented rather than focusing on what has broken down.

Additionally, IEP data shows that while violence can break out after deteriorations in only a few indicators, building peace requires improvement across many pillars at the same time. Efforts and reforms from all sectors of society reinforce progress, allowing successes to build upon one another.

Rwanda is a telling example of sustained and successful peacebuilding. Between 1995 and 2014, US$18.35 billion was invested, with expenditures rising rather than falling over time. Although Rwanda experienced extreme levels of violence just over two decades ago, it did not see a recurrence of widespread violence, an outcome all too common in post-conflict countries. It is important to note that progress has not been perfect, and the claim of an “enforced peace” deserves consideration. But also worth noting is that between 1995 and 2015, Rwanda’s Human Development Index score improved 116 percent, mean years of schooling nearly doubled from 1.8 to 3.8 years, and life expectancy jumped from 32 to 65 years.

Countries that improved from low levels of peacefulness, such as those emerging from armed conflict, had particular indicators in common:

Health, education, employment and engagement in both civic and political arenas are vital in minimising factors that incentivise violence in young men. Lower access to weapons and lower hostility to foreigners reduces the motives and means of violence. Higher economic freedom offers educated youth options for legitimate income generation and avoids feelings of disillusionment and isolation that are key to recruitment into rebel or violent extremist groups. And regional cooperation creates “good neighborhoods” for improvements in peacefulness that cross borders.

It is important to make a certain level of commitment to peacebuilding efforts, in order to see them through to success. This need not be conceptualised only as economic investment, but measuring commitment in dollars gives us one way to analyse its effects. IEP’s preliminary research finds that effective national peacebuilding requires an investment of at least $27 (in 2016 US dollars) per person, per year for many consecutive years.

$27 should not be seen as the magic number for the price of peace, but rather, the research highlights the risk of underinvestment. Successful national peacebuilding processes have tended to cost about this much. Where efforts fall below this threshold, the risk is that expectations are raised but there is insufficient investment to achieve and demonstrate results, further damaging trust and engendering hopelessness and apathy. However, the data shows what peacebuilding practitioners regularly report from the field: peacebuilding can be highly successful and yield economic benefits, when effort and investment rises to the need.

IEP has found that every dollar invested in peace building carries a potential $16 reduction in the cost of armed conflict. Even if the investments are only 50% effective, the economic impact of violence stands to be reduced by $4 for every dollar invested. Sierra Leone and Liberia demonstrate the economic value of peace building. Despite conflict devastating the two countries’ economies, the 2017 GPI report showed that since recovery began, the GDPs of Sierra Leone and Liberia have recovered to nearly reach the level expected had they not experienced war.