As tensions between Russia and Ukraine continue to tighten, we take a look at both countries — and the region — through a lens of IEP’s data-driven research. Recent diplomacy has so far yielded nothing following Valdimir Putin’s request for guarantees on two issues; that Ukraine would never join NATO, and that "strategic" or nuclear weapons never be stationed on Ukrainian soil.

Some days ago, approximately 70 Ukrainian government websites were hacked, displaying messages that warned Ukrainians to be “afraid and expect worse”. On the eastern Ukrainian border, more than 100,000 Russian troops are now amassed, along with field hospitals and fuel dumps. President Biden has said that Russia will “pay a heavy price” if any of its forces move across the border into Ukraine. As tensions between Russia and Ukraine continue to tighten, we take a look at both countries — and the region — through a lens of IEP’s data-driven research.

Peacefulness deteriorated slightly in Russia and Eurasia in the most recent Global Peace Index, the first time in the last five years that the region has recorded a deterioration. Five of the 12 countries in the region recorded improvements in peacefulness, including Ukraine, which recorded the largest increase in peacefulness in the world. Seven countries recorded deteriorations, including  Belarus and Azerbaijan, which had the second and fifth largest global deteriorations respectively. Changes within the region were driven by deteriorations within the Militarisation domain, with weapons imports per capita, military expenditure as a percentage of GDP, and the armed services personnel rate all recording increases over the past year. 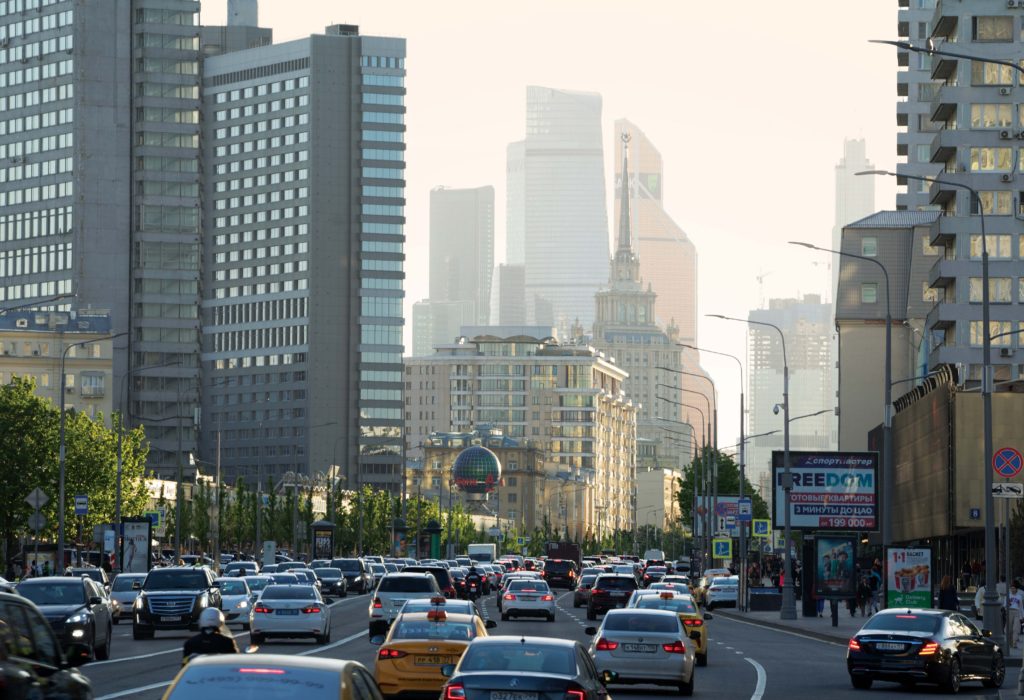 Belarus recorded the largest deterioration in the region and the second largest deterioration globally. Overall peacefulness in the country declined by 8.7% owing to changes on the Ongoing Conflict and Safety and Security domains. Violent demonstrations deteriorated as Belarus experienced the largest anti-government protests in its history, organised by the opposition in response to President Lukashenko seeking a sixth term in office.

Tensions between Armenia and Azerbaijan spilled over into conflict in 2020, centred on the disputed Nagorno-Karabakh area. This region is part of Azerbaijan, but home to a large Armenian population. Fighting began in late September 2020. The number of people killed in the conflict is disputed, but most estimates suggest that at least 4,000 Armenian troops were killed, with almost 3,000 Azerbaijani casualties, including over 500 Syrians fighting on the Azerbaijani side. A ceasefire agreement was reached in November 2020, and Russian peacekeepers are now operating in some parts of the region.

Russia is the least peaceful nation in the region and is one of the least peaceful countries in the world on the 2021 GPI, with an overall rank of 154. However, despite its low ranking on the index, peacefulness in Russia has improved in recent years. This is the second successive year that Russia has recorded an overall improvement in peacefulness. The country improved on both the Ongoing Conflict and Militarisation domains, but recorded a deterioration in Safety and Security. There were deteriorations in both violent demonstrations and political instability as a result of the poisoning and detention of opposition leader Alexi Navalny. Over 8,500 people were detained in subsequent protests, with police attempting to disperse protestors with force. Political instability also deteriorated after a referendum was passed in June 2020 that would allow President Vladimir Putin to remain in office until 2036. Ukraine is the second least peaceful country in the region, ranking 142 in the Global Peace Index. Despite this, the country had the largest improvement in peacefulness in both the region and also globally. Indicators that improved included violent crime, violent demonstrations, political instability and the intensity of internal conflict. Although Ukraine had the largest increase in peacefulness, concerns remained about the outbreak of future conflict. Russia amassed troops on its border with Ukraine in the early part of 2021, withdrawing them in late April, and amassing again in October 2021. Current estimates are that Russia has almost 100,000 troops at the border.

Ukraine recorded the largest improvement in peacefulness on the 2021 GPI with its score improving by 7.6%, leading to a rise of five places in the rankings to 142. Ukraine has recorded consistent increases in peacefulness since the outbreak of conflict in 2014, with its score improving for four out of the past five years. However, Ukraine still faces many challenges to peace, particularly in the Safety and Security domain. The largest improvement occurred in the Ongoing Conflict domain, which improved by just over 10%. This improvement was primarily driven by improvements on the internal conflicts fought and intensity of internal conflict indicators.

However, relations with neighbouring countries remain strained due to ongoing conflict with Russia in the Donbas region. Russian troops performed drills near the Ukrainian border in early 2021, leading to a spike in tension in the region, before withdrawing in late April, only to amass again recently. The largest improvements in peacefulness occurred on the political terror and violent crime indicators. Theft, robbery, vandalism and arson now pose only a moderate risk to businesses and the government. Ukraine also saw a major improvement in political instability. The presidential and parliamentary elections held in April and July 2019 respectively were judged free and fair. Observers from the Organisation for Security and Co-operation in Europe (OSCE) judged that the elections had been “competitive and held with respect for fundamental freedoms”. Despite being one of the least peaceful regions in the world, there is generally a low fear of violence in the region. 21% of people report being very worried about being the victim of violent crime, the lowest of any region. In Uzbekistan and Tajikistan, this number drops to less than 10%. Moldova has the highest fear of violence in the region, with 38% of people feeling very worried about being a victim of violent crime. The experience of violence in Russia and Eurasia is closely correlated with the fear of violence, with most countries having very low reported rates of violence. Every country other than Moldova has an experience of violence rate lower than 15%, with just 1% of the population of Turkmenistan reporting that they or someone they know had suffered serious harm from violent crime in the past two years.