Understanding the dynamics that strengthen or strain a social system is key to forging stable peace, writes Jurgen Brauer. 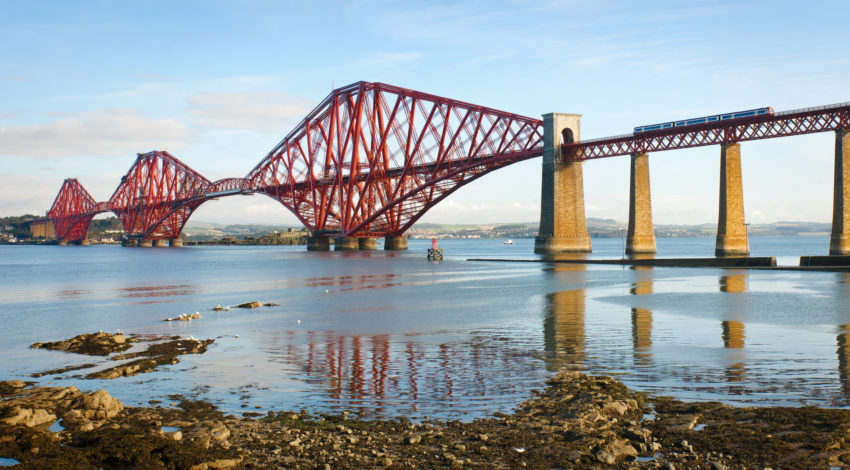 An analysis of “Stable Peace” by Kenneth Boulding

Some 40 years ago, Kenneth Boulding, a renowned economist and social scientist in his time, published a small book entitled ‘Stable Peace’.

The bins are defined by each other: “Strength is the ability to resist breakage under strain”. To illustrate, whether a bridge collapses depends both on how sturdy it is, as well as on the force applied to try to break it.

Kenneth Boulding finds the concept of the causes of war nearly “useless,” as it leaves the source of war – too much strain or too little strength – open. As with the bridge, war and peace are matters of strength and strain, one relative to the other.

Boulding thus thought of strength not as: “the ability to create strain through, for instance, violence but in terms of the ability to resist strain”.

For example, putting the “strength” of a repressive lid on the waters of social turmoil – such as by means of population surveillance, police, and military forces – certainly can overcome societal strain and lead to a form of peace.

But it would be a costly peace, as the pot of water underneath the lid is still boiling. It is a peace that deals with symptoms. Moreover, to keep this peace, an ever heavier and costlier lid will be required should social turmoil grow.

Peace, if any, would be unstable. To use a different image, ever more Band-Aids will not stop an underlying infection.

To keep the peace, and keep it stable, much strain requires much strength in Boulding’s sense of a system’s ability to resist strain, depicted by a movement from point H to point L in the diagram.

Otherwise, it requires effort to reduce strain, a movement from point H to point K.

Either can be costly and economists might ask which is cheaper: adding to strength, or subtracting from strain?

Strain and strength are both functions of structural variables that define the current state of affairs and of dynamic variables that condition the system’s path over time.

Structural variables of the strain system include memories of past wars, injustices and oppression, the professionalisation of conflict, politics, the kinds of structures that elevate tyrants to power, and incompatible self-images of conflicting parties.

These and others all are well-researched.

Structural variables of the strength system are less well-researched and include, Kenneth Boulding says, “spirit,” by which he means the ethos of a society and other factors that make societies resistant and resilient.

Opinions differ, but even today I feel that research on strain, such as war and insecurity, far exceeds that on strength, including peace and security.

Dynamic variables of strain include arms and repression races, differential growth in populations, wealth, or power.

They can also include growth in manufactured perceptions of threat based on symbolism or ideology that may outweigh any real conflict over economic, cultural, or political interests.

Dynamic variables of the strength system include habit. That’s because peace can become a habit, the professionalisation of conflict resolution through mediators, marriage counsellors, diplomats, and global travel and communication, which can increase mutually beneficial political, cultural, and economic interdependence.

Regarding large-scale social systems, what does Boulding’s thinking tell us about peace policy?

Third, that collective security arrangements will work. In fact, they can fail, as the examples of both the League of Nations and the United Nations show, the latter for instance in its routine hesitation to intervene decisively in cases of mass atrocities and genocides.

Which sorts of items, then, would help define policy planks for stable peace?

Along with Kenneth Boulding, one can speculate on a few, defining a research agenda that the peace research community could embrace. For instance, to help make modern post-conflict arrangements truly peaceful, stable, and irreversible.

First, to make internal and external state boundaries more diffuse, permeable, or otherwise to remove them from political agendas, by creating peace parks along national boundaries, lessening of travel, visa, and border controls.

Second, the greater use of police and soldiers without enemies, by depoliticising police forces, the use of regional and United Nations peacekeeping forces, perhaps financed by an international peace insurance fund that emphasises conflict prevention.

Third, strengthening of intergovernmental relations and organisations to talk about issues, not politics. For example, Allahabad, Calcutta, and Delhi all have more city problems in common with Dacca, Karachi, and Islamabad, than India and Pakistan have differences as states.

Lastly, to engage the independent self-interest of business communities much more than in the past, because businesses earn more from peace than they do from war, thus complementing state power and NGOs’ moral suasion to create a stable three-legged stool of power, money, and morals.

Peace, as Kenneth Boulding writes, no longer is “an eccentricity of saints.” Based on reason and science, the peace research community can add a fourth leg to the stool – to include power, money, morals, and knowledge.