Peace: the solution to poverty and hunger

In 2020 the global economic impact of violence was estimated to be $14.96 trillion. This equates to $5 for every person in the world for every day of the year. In 2020 the global economic impact of violence, a metric defined as the expenditure and economic effect related to containing, preventing and dealing with the consequences of violence, was estimated to be $14.96 trillion.

This equates to $5 for every person in the world for every day of the year.

The economic impact of violence provides an empirical basis to better understand the economic benefits resulting from improvements in peace.

Reducing violence avoids the considerable direct costs and allows for the reallocation of resources to more productive sectors such as health and education, which yield compounding benefits to society over time. The economic benefits accrued from reducing violence can be thought of as a peace dividend.

Meaningful improvements in peace would significantly improve the economic situation for many low peace countries. The redirection of these economic losses could provide significant economic gains to society and reduce human suffering, particularly among the most vulnerable and poor.

The number of food-insecure people rose by over 300 million people in 2020 from the previous year, the largest annual increase on record.

Trend in the number of people food insecure, billions of people, 2014–2020 Underlying the urgency of the situation, the latest estimates by the World Bank indicate that 9.2 per cent of the world’s population live below $1.90 per day. Hunger and undernutrition are often linked to extreme poverty and lack of access to available, sufficient and nutritious food. From 2014 through 2018, an estimated $75 billion was spent on global food security assistance, an average of $15 billion per year.

A ten per cent reduction in the economic impact of violence would create a $1.5 trillion peace dividend — 100 times the average amount spent on food security assistance annually. Redirecting this peace dividend to address poverty and hunger could do much for the 2.4 billion people food insecure and the 700 million people in extreme poverty. The Cost of War Supports the Case for More Peaceful Policies 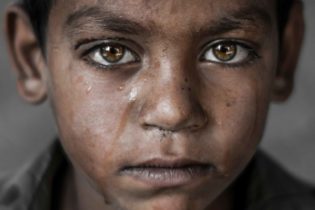 The economic impact of violence to the global economy comes with a hefty price tag.

$14.4 trillion, to be precise. The consequences of violence amount to considerable direct and indirect costs that erode economic development,...