Terrorism and the Media: How ISIL Benefits from News Coverage

Looking into news trends and social media coverage about the Islamic State of Iraq and the Levant. Recent research from the Global Terrorism Index shows the relationship between terrorism and the media. Namely that terrorist groups flourish when they can increase their influence.

Terrorism and the Media: How ISIL Benefits from News Coverage

Terrorist organisations such as the Islamic State of Iraq and the Levant (ISIL) have relied on news and social media coverage as a tool to bolster international appeal, inspire attacks globally and attract new recruits.

The recent Global Terrorism Index shows how terrorist groups flourish when they can increase their influence, and one of the primary drivers of influence is media coverage, in addition to recruitment of sympathisers and finances.

However, a deep analysis of media coverage shows that the reporting of terrorism does not always focus on attacks. According to this analysis, media coverage can focus more on the military and policy responses to terrorism and terror groups.

Using data collected by Meltwater, trends in both news and social media coverage of ISIL were examined from a period of 1 September, 2019 to 31 December, 2019.

This period of time was chosen due to heightened ISIL-related media coverage during the month of October and November in comparison to yearly trends.

Largest day in news coverage for ISIL on 28 October

On 28 October, both news and social media recorded the largest ISIL-related coverage for all of 2019.

Analysis found that this sharp increase did not appear to be correlated to any terrorist attack by a known terror group, as there were no reported attacks on that date.

A significant portion of ISIL-related coverage on 28 October appeared to be related to the death of Abu Bakr al-Baghdadi, the leader of ISIL who was killed during a United States (US) military raid.

The heightened coverage that continued in the following days was often in relation to the ISIL leaders’ death and US foreign politics.

The Meltwater data revealed that both news and social media coverage of ISIL-related terrorist attacks often only related to small spikes in ISIL-related coverage during the time period examined.

The latest Global Terrorism Index (GTI) reports that on 18 October, 2019, the seventh biggest terrorist attack of 2019 occurred in Afghanistan after the Khorasan Chapter of the Islamic State bombed a mosque in Jawdara, killing 74 people.

The day prior to this attack, there was a 39% increase in news coverage of ISIL with over 15,601 news stories being recorded.

The increase in ISIL-related global news coverage was related to US troops leaving Syria and the subsequent reports of US Democrats’ response to President Trump’s foreign policy decisions.

Although the attack in Afghanistan was reported by many global media organisations, the coverage did not cause a spike in ISIL-related reports.

In fact, on 18 October, 2019, a large majority of ISIL news coverage appeared to be in relation to a ceasefire agreement in Syria made by the US and Turkey, not solely the ISIL-related attack in Afghanistan.

Global news coverage related to ISIL continued to further decline in the days following the attack in Afghanistan to 8,172 news publications on 19 October and 6,348 publications on 20 October.

This trend was further noticeable on social media as ISIL-related publications declined four per cent on 19 October to 97,615 publications, with a further 37% decrease to 61,254 publications recorded on 20 October.

The second largest spike in ISIL-related publications in 2019 occurred on 10 October and appears to be related to the US and Turkey’s involvement in Syria.

Further small spikes occurred on 7 November as Turkish officials revealed that al-Baghdadi’s wife was captured in Turkey and on 26 November as the US’s special-forces dog involved in the raid on al-Baghdadi was honoured at the White House.

ISIL-related coverage further spiked on the 4 December, as events unfolded at a NATO summit.

ISIL-related news and social media publications have been sustained outside of periods related to terrorist attacks, as media coverage has reported on Western politics and military engagement.

In 2019, the largest spikes in ISIL-related coverage were often found to occur in relation to the coverage of Western countries’ political pursuits and military actions.

Most noticeably related to coverage of the United States’ and Turkey’s engagement in Syria and the death of Abu Bakr al-Baghdadi. Masters in Human Rights Student at the University of Sydney Masters in Human Rights Student at the University of Sydney

Shelby Hoffman is a Canadian university student with a Bachelors of Social Sciences and Honours in Conflict Studies and Human Rights from the University of Ottawa. Shelby is currently studying for a Masters in Human Rights at the University of Sydney. Her interests of study are in peace, conflict, justice, human rights and emerging environmental threats. 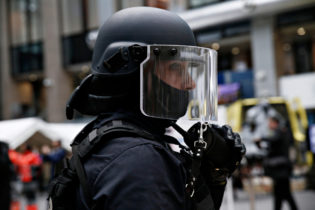 A brief look at some of the major findings in the latest report from the Institute for Economics and Peace. 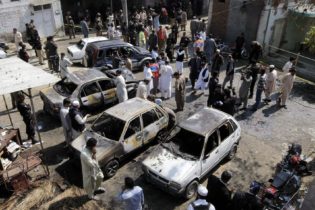 Watch our webinar for an overview of the latest report from the Institute for Economics and Peace.