Steve Killelea explains how he created the Global Peace Index, In this extract from Peace In The Age Of Chaos. Steve Killelea on how he created the Global Peace Index (GPI)

In 2007 I launched a project called the Global Peace Index (GPI). It was the first study to rank the nations of the world by their levels of peacefulness, and it led to a plethora of other research.

The launch of the Index was very successful, with news articles appearing in over 100 countries. People were particularly interested in their country’s relative ranking, generating a lot of discussion about their position in the Index.

More importantly, the Global Peace Index provided the base from which to analyse what factors are associated with highly peaceful societies and what sustains them. The result of this research became known as Positive Peace, a new and transformational approach to conceptualising societies.

Establishing the Institute for Economics and Peace in 2008

To undertake further research, I established the Institute for Economics and Peace (IEP) in 2008. The goal of the Institute was to better understand the intersection of business, peace and economics.

Also, to discover the factors most closely associated with highly peaceful societies and to ascribe an economic value to changes in peace. At the time of its founding most of the study of peace did not use quantitative techniques.

It was more subjective and usually based on the insights of highly experienced individuals and their observations. The focus on the quantitative aspects of peace, mainly through statistics, made the Institute unique.

The starting point in developing the Global Peace Index (GPI) was to determine what should be included in the Index, and we made the decision to take a broad approach and be as holistic as possible.

We expanded the data net to include not just warfare but also internal factors, such as criminality, terrorism and violence perpetuated by the state against its citizens.

Three domains of the index

This led to the inclusion of three domains within the Index – militarisation, conflict and societal safety – each of which could be studied individually but with a commonality between all three.

A mother whose son was a homicide victim in Baja California, Mexico, cares little if he was killed for criminal or ideological reasons or as a by-product of civil war or a drug war. His death is still an assault on peace.

After much thought we used ‘The absence of violence or fear of violence’ as the definition of peace. This was a definition that most people could agree on.

It is termed Negative Peace, as it measures the lack of violence, rather than measuring the positive factors that lead to the creation of peaceful societies. The GPI ranks 163 countries, which comprehensively covers over 99.7 per cent of the world’s population.

We did not cover many of the smaller nations as it’s too hard to get good data.

Some examples of the indicators included in the Index are the number of homicides, the ease of access to small arms, political instability, the impact of terrorism, and military expenditure, to name a few.

What the GPI did was provide the raw materials to better understand and debate the differences between nations and shed light on their changing levels of peace.

When the GPI was founded, I was struck by how important this initiative could be.

One simple observation was that politicians became interested in their country’s rankings as the publicity for the GPI’s findings grew, which in turn affected the perception of their country and their political capital.

When countries rose in the Index politicians would claim responsibility, and when they fell their political opponents would use it as a form of attack. As the data became more widely used by risk analysts, changes could also affect foreign investment and tourism, both positively and negatively.

Most pleasingly, the Index highlighted the countries that had improved. Peace is the absence of conflict, so it rarely gets media attention. We had now developed a way to shine a light on the positive, something the media usually does not do.

Publishing their improvements helped to raise these countries’ profiles, aiding with inbound investment and tourism, thereby further improving their prospects for greater peace.

In some ways the timing of the Global Peace Index was opportune. Because of the wars in Iraq and Afghanistan, their poor execution and in some instances the downright lies to rationalise them, there was growing public thirst for better approaches to international peace. That created an audience ready for our work.

Much of the debate on peace is muddied by misperceptions about both the nature of violence and how to create peace. This is partly because most politicians do not understand peace.

They do understand aggressive responses to threats that are popular with their citizens and often confuse these with peace. This is simply because in most instances they are ignorant of what truly creates peace.

There is, for example, the idea that we live in an exceptionally violent era, epitomised by rampant terrorism and the huge refugee flows of recent years, both of which are true.

However, the data uncovers a much more nuanced and complex situation. In the decade to 2019, 81 countries deteriorated in peace, while exactly the same number of countries improved, pointing to how finely balanced peace has actually been.

If the Middle East were taken out of the list of countries, then the world would have increased in peace over the decade.

Much of the lost peace of that decade has been due to the West’s inability to solve some of the wars that it started. At the time of writing this book, the Afghanistan War had been running 18 years and the war in Iraq 16 years.

When viewed over millenniums, violence has been declining, almost since the dawn of time, as Steven Pinker pointed out in his book The Better Angels of Our Nature.

View our top five recommended books on peace for your bookshelf.

Establishing an empirical baseline helps build a solid argument to propagate a true understanding of what creates a peaceful society. Because without this how can we address the broader societal impulse to counter violence with more violence?

It’s a natural human reaction. While there are justified wars, and nations need to support a level of military spending and policing capacity to maintain security, all too often fighting for peace is exactly the oxymoron it sounds like.

In part this is fuelled by our system. The media is driven by the negative, based on the assumption that negative news sells better than positive news. This creates a perception of rising crime and insecurity even when it is declining, often leading to unnecessary or even counter-productive responses.

This is an extract from Peace In The Age Of Chaos, the debut book from Steve Killelea, creator of the Global Peace Index (GPI) and Founder & Executive Chairman of the Institute for Economics & Peace. Download a free chapter or purchase the book here. Global Peace Index creator, Steve Killelea AM, on why a new understanding of peace is not just desirable, it's essential in the 21st century. 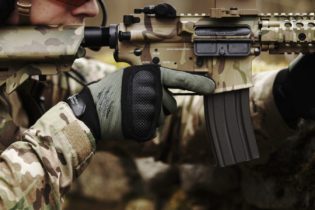 “Enumerating the costs of conflict can be a powerful tool to educate people about the positive benefits of peace.” Writes Steve Killelea in this...