How the murder of Saudi journalist sparked friction amongst Europe's arms producing partners. 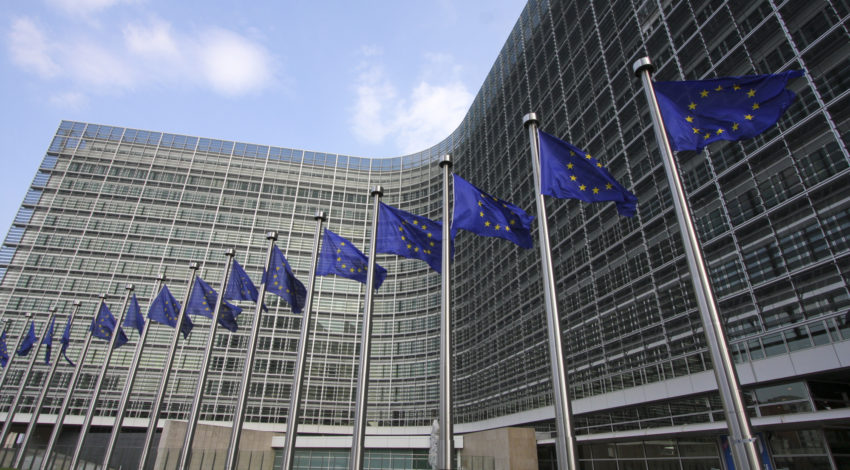 “Germany decided to stop all arms exports to Saudi Arabia after the murder of Saudi journalist Jamal Khashoggi in September 2018. This included exports of components and spare parts for weapon systems with Saudi Arabia as ultimate destination.”

French-German relations on military matters are generally excellent. Only a year ago, the two governments agreed to develop and later produce a number of future major weapon systems.

Among these weapons include a medium-sized drone, a major battle tank and a fighter aircraft, in Franco-German collaboration.

However, early in 2019, a major dispute broke out between the two governments and became news in both countries. This dispute shined a light on a major problem related to multinational collaborative weapon productions in the European Union (EU).

How it all started

Germany stopped all arms exports to Saudi Arabia after the murder of Saudi journalist Jamal Khashoggi in September 2018. This included exports of components and spare parts for weapon systems with Saudi Arabia as the ultimate destination.

In stopping sales to Saudi Arabia, Germany was in line with a number of other member states of the EU as well as the European Parliament. However, not all member states followed that line.

There is a legal base for a common arms export policy in the EU, enshrined in an EU Common Position from 2008. However, it only lists criteria for decision-making on arms exports.

Individual member states retained the right to decide over all individual transactions. In the Saudi case, France and the United Kingdom, among others, continued to sell arms.

Because of the industrial integration of arms production in Europe, the German export ban affected orders from Saudi Arabia for arms producers in both countries.

The UK and France complained about the decision

This concerned a number of collaborative projects among governments, such as Eurofighter aircraft exported to Saudi Arabia from the UK. It also concerned private company projects, such as tank transport vehicles built in France with major components from Germany.

Both the UK and the French governments officially complained about the German decision. The French government was particularly adamant. In this it was joined by arms producers in Germany and France. They claimed that German arms export policy became unpredictable and violated trust necessary for joint arms production.

The complaints expressed by the two governments and the industry went well beyond the Saudi case. At stake, so it was argued, was the possibility of collaborative arms production itself.

What if Germany insisted on operating a sovereign arms export policy? The French ambassador to Germany wrote in a policy brief his opinions:

Shrill statements such as that by the French ambassador aim at getting the attention of the German public and political decision-makers. The rationale being that they traditionally view arms exports to countries outside the EU and NATO as critical.

However, the controversy also very publicly exposed a friction between economic and political interest, which comes with joint arms production in the EU.

Economic goals, in the form of benefitting from the economies of scale of larger production runs and the pooling of know-how resources, can easily conflict with foreign policy goals. Particularly the wish to exercise national sovereignty over arms exports.

As arms exports are very important to major European arms producers, most of whom sell more than half of their output to customers outside of the EU. We need to find a way to reconcile these two goals.

Not a new problem

The friction between economic and foreign policy goals is not a new problem. Co-production of arms has been around for many decades. Generally, in the past, the interest in collaboration has topped concerns that co-operating governments may have had over sales to certain customers, in which they were materially involved through the licencing of the delivery of parts and components.

Only a few instances have become publicly known where one or the other government stopped exports of components to a co-operation state.

For example, a German denial of export licences for components, which stopped the sale of helicopters from France to Turkey in 2000. The German government justified its denial with the Turkish military’s conduct in its conflict with Kurdish rebels.

However, the friction between economics and politics has recently gained importance. Particularly among EU-member states as they have decided on various initiatives to increase cooperation in arms production. This includes a European Defence Action Plan and a European Defence Fund.

While the Franco-German plans are particularly advanced, in the view of major players, such as the EU commission, there should be much more co-operation.

Either through agreements among member states or more integration among major arms producing companies in Europe. They expect a new phase of arms production in Europe.

The context of Germany’s decision

The strong reaction to the German decision on Saudi Arabia should be looked at in a historical context. Which in the German-French and German-British cases, has even been codified in political agreements between the countries.

In these agreements, the German government promised not to stop such deliveries unless they were illegal under German law or violated “major German security interests”.

In effect, with these agreements the German government handed over the decision-making power over export licencing of the completed products to the French and British governments respectively, even if they included German components for which a German export licence was legally required.

Similar arrangements are in place among other governments. As a side effect, this practice opened the door for “export licence shopping” for companies. How did this happen?

By shifting the final production of systems to the country where they expected the least trouble for export licence applications for problematic countries.

The German denial of parts for tank transporters was one case that triggered the French protests in early 2019. France’s role was to finalize the assembly and then ship the transporters to Saudi Arabia.

The French company constructing these tank transporters worked with a German company that produced them in Germany earlier. Apparently, the company shifted production in anticipation of difficulties of getting a German export licence for the complete system.

The choice between economies of scale through joint production and national sovereignty over arms export policies need not be solved the way it was in the past. In fact, there are various alternatives.

Instead of agreeing on production shares representative of the financial stakes of partner countries separately for each project, governments could negotiate an overall agreement to procure a whole set of weapon systems or on procurement spending in general.

“Juste retour” of financial and economic gains could be applied to the whole set, rather than individual projects, as currently is the practice.

The arms producers winning contracts within this scheme could be allowed to freely decide where to source components, rather than having to meet quota for the various participating countries as currently is the case.

They could decide knowing that governments are sovereign in their decisions over arms exports. The likely result would be the specialisation of arms producers in specific countries, for instance ships and tanks in Germany, aircraft and electronics in France.

The German government would be free decide over ships and tanks, but have no say over the export of aircraft and electronics.

2. All partners in co-production could give up sovereignty and hand it over to a supranational body.

In Europe, a possible candidate would be the EU, either in the form of the EU Council, the Commission, the Parliament or some special institution. For most other fields of trade, there was already a transfer of authority.

But it is also possible to think of other arrangements of joint decision-making, for instance limited to the partners in specific co-production projects.

There is strong resistance against the multi-nationalisation of decision-making over arms production in the countries that primarily benefit from the status-quo (the UK and France). While in other countries, including Germany, there is more support for it.

French governments are particularly vocal in this respect. While at the same time, demanding other governments to accept its decisions on arms exports from co-produced products.

3. A less radical alternative is to agree on acceptable destinations of arms exports prior to the start of joint production.

Only those third countries that are acceptable to all partners would be put on a “white list”. If a producer wanted to export to an unlisted customer, it would have to get the support of all partner governments.

On the other hand, no government could deny export licences to a listed customer by itself.

In fact, the six largest arms producing governments in Europe (France, Germany, Italy, Spain, Sweden and the UK) already agreed upon this kind of arrangement.

Particularly France and the UK had second thought and refused to accept a shift from the earlier arrangement to the “white list” procedure foreseen of the Framework Agreement.

Other compromises between governments are possible.

The need to come to some type of agreement different from the past practice is now apparent with the recent dispute.

As the recent dispute over sales to Saudi Arabia shows, governments and publics in a number of European countries are unlikely to accept the general loss of influence over the sale of co-produced products assembled for final export in another country. In practice, this is because of the sizes of their industries, mostly France and the UK.

As the latter governments are in danger of losing the most from disputes over the export of jointly produced goods – let alone an unwillingness of other countries to enter into such agreements – they also should have an interest in coming to arrangements that are acceptable to partners.

Governments should also avoid disputes such as the current one over the German decision on arms sales to Saudi Arabia.