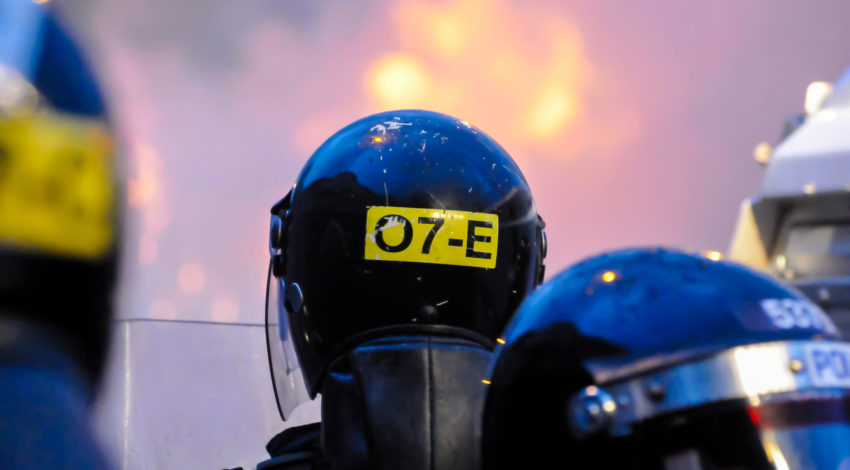 Why now? Who’s rioting? A brief look into why there are violent riots in Northern Ireland breaking out, 23 years on from the Good Friday Peace Agreement.

Riots in Northern Ireland: Reasons for the Civil Unrest

On the anniversary of the 1998 Good Friday Agreement

Saturday, the 10th of April marked the 23rd anniversary of the 1998 Good Friday Agreement — a peace agreement that de-escalated the Troubles of Northern Ireland. Leading up to this agreement, the region went through 30 years of instability and lost over 3600 lives to sectarian violence.

The Troubles reflect a long history of nationalistic and sectarian unrest.

The region is divided socially and politically by predominantly Protestant Unionists, wanting to be a part of the United Kingdom, and mostly Catholic, Nationalists pushing for a united Ireland.

Within these two sides are more radical unionist loyalists and nationalist republicans willing to pursue violence to promote and defend these goals.

What is the Good Friday Agreement?

The Good Friday Agreement of 1998 aimed to balance demands and prevent violence from these two groups, most significantly through creating a devolved Northern Ireland government that required executive power to be shared by the two communities.

The Agreement was significant in putting an end to violence between groups and disarming the region’s paramilitaries.

Yet coinciding with this Agreement’s anniversary was one of the most violent weeks Northern Ireland has seen in years. Since the 29th of March, localized riots have broken out across neighborhoods.

Reports say the violence is stemming mostly from unionist youths.

For several nights in a row, police responded to rioters throwing petrol bombs, bricks and fireworks, destroying property and setting fire to vehicles.

In West Belfast, hundreds gathered on both unionist and nationalist sides of the peace wall, with dozens of rioters throwing petrol bombs and fireworks over the peace line.

These walls are remnants of the height of the Troubles still standing to physically separate unionist and republican neighborhoods.

A majority of those involved in the riots are youths aged under 25, many of which grew up in a time of sustained peace. A boy as young as 13 has been arrested for clashing with police.

Major political parties have rejected the violence and asked for cooperation. So far, none of the major paramilitary groups have been involved.

Why are the riots in Northern Ireland happening now?

Worsening relations within a power-sharing government, anger with police, and Brexit negotiations that increasingly separate Northern Ireland from the rest of the UK, the future peace of the Good Friday agreement has been called into question.

The Northern Ireland’s devolved government was restored in January 2020, having been dissolved for 3 years from 2017 to 2020 over ongoing differences between the major unionist party, the DUP, and the republican Sinn Fein.

The UK’s departure from the EU has caused concerns for the key aspects of the 1998 Peace Agreement, as the distinction between the UK and Ireland becomes more significant.

At the beginning of March, loyalist paramilitary groups withdrew their support for the 1998 Agreement due to concerns over Brexit implications and pledged to oppose through “peaceful and democratic” means.

Negotiators have refrained from establishing a land border between Northern Ireland and the Republic of Ireland.

However, with a demand for certain goods to be screened before entering the EU, the two parties opted to conduct this in the Irish Sea instead. Unionist groups have felt betrayed by this Irish Sea border, as it effectively separates the UK from Northern Ireland.

Tension between groups increased when unionists called for the resignation of a police chief after senior members of nationalist party Sinn Fein were allowed to attend a large funeral for a prominent IRA figure, despite the country being under tight COVID-19 restrictions.

What does this mean for peace in Northern Ireland?

Political groups across the region are concerned and communities have called for a refrain from violence.

While the Good Friday Agreement has been successful in sustaining peace for the past 23 years, it was not a resolution to the sectarian conflicts behind the Troubles.

Instead the region of Northern Ireland has existed in a state of negative peace, which is defined as the absence of violence or fear of violence.

This type of peace, while minimising unrest, has done little to overcome the division within the community and promote the livelihoods of people affected.

The current state of peace depends on a devolved government split by the two communities.

The two parties are in regular disagreement and misalignment particularly on issues of Irish language and culture. Paramilitary groups, although disarmed, still hold a presence within the country.

Both republican and unionist communities still remain distinctly divided across most of the country, including within schools and public services.

More recently, unionists are increasingly frustrated with their governments and community under-defending their position in the UK. Ongoing Brexit negotiations continue to challenge the future of Northern Ireland.

These riots in Northern Ireland represent an escalation in violence the region has not seen in years. Both sides of parliament have called for calm.

According to the Institute for Economics & Peace, Positive Peace provides long-term stability in addition to reducing violence. A new paradigm for peacebuilding, it focuses on changing attitudes, structures and institutions that create and sustain stable societies.

The Positive Peace Index looks into the elements of a stronger, more sustainable peace.

In addition to the absence of violence, Positive Peace is also associated with many other social characteristics that are considered desirable, including:

The slow-moving nature of Positive Peace calls for long-term planning and sustained investment in improving outcomes. Better performance in these areas have a strong correlation with stability and improvements on the Global Peace Index.

Since the Brexit vote in 2016, the United Kingdom has had one of the poorest performances of any European nation in the last decade, deteriorating by 3.4 per cent in its Positive Peace score.

The results of the referendum has left the UK in a state of uncertainty, with the highest deteriorations among indicators including factionalised elites, hostility to foreigners and group grievance as the country becomes divided into those who voted stay or leave.