The Global Terrorism Index shows that terrorism has steeply declined in Pakistan over the last year. 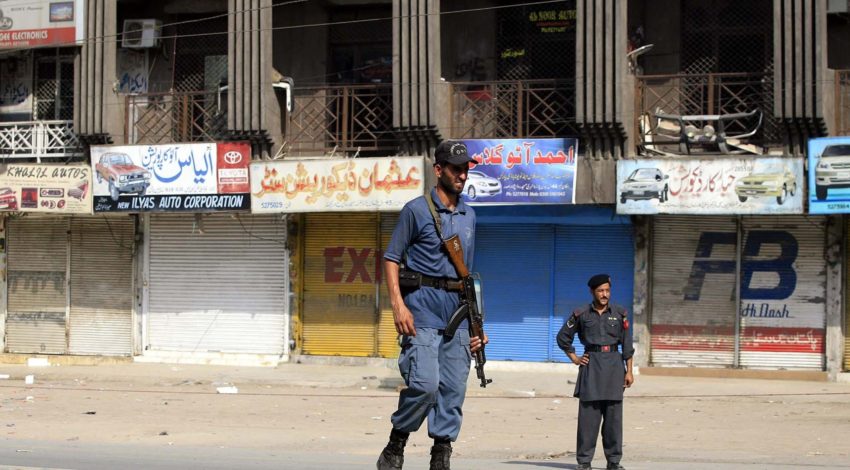 The 2020 Global Terrorism Index shows that in 2019, Pakistan recorded its lowest number of terror-related deaths since 2006. Deaths declined by 45 per cent, falling from 543 in 2018 to 300 in 2019. Terrorist activity has continued to decline steadily since peaking in 2013 with the number of deaths and incidents falling by 87 and 86 per cent, respectively. Tehrik-i-Taliban Pakistan (TTP) was the deadliest terror group in 2019, overtaking the Khorasan Chapter of the Islamic State. TTP was responsible for 73 terror-related deaths in 2019, followed by Lashkar-e-Jhangvi (LeJ) and Hizb-ul-Ahrar (HuA) who were responsible for 21 and 20 deaths, respectively. Collectively, the three deadliest groups accounted for 38 per cent of terrorrelated deaths in 2019. However, the majority of deaths from terrorism in Pakistan were from small-scale attacks that were not attributed to any group.

The trend of reduced terrorism reflects the continued decline in activity of TTP, LeJ and the Khorasan Chapter of the Islamic State, Pakistan’s deadliest terrorist groups over the past decade. TTP has been responsible for at least 4,500 deaths since 2009, which accounts for over half of all terrorism deaths by known groups in Pakistan. Since recording its deadliest year in 2010, the group has recorded a 90 per cent decline in terrorism deaths. Since peaking in 2013, LeJ has also recorded a steady decline in terrorist activity. LeJ claimed responsibility for just one attack in 2019, however it was the deadliest attack of the year. Twenty-one people were killed when a suicide bomber detonated at a market in Hazar Ganji, Balochistan.

The significant reduction in terrorism can be attributed to ongoing counter-terrorism operations undertaken by Pakistani military and security forces against a number of groups including the TTP and the Khorasan Chapter. In 2015, the Pakistani Government implemented the National Action Plan to crack down on militant strongholds in North Waziristan and the Federally Administered Tribal Areas (FATA). Of the 37 terror groups active in Pakistan in 2015, only ten were still active in 2019.

The most impacted regions in 2019 were Balochistan and Khyber Pakhtunkhwa, which merged with the previously highly impacted FATA in May 2018.51 Collectively, the two regions recorded 77 per cent of attacks and 85 per cent of deaths in 2019. The most frequent forms of terrorism in these regions were bombings and armed assaults targeting civilians and police and military personnel. The 2020 Global Terrorism Index shows that Yemen is the only country within the Middle East and North Africa region to deteriorate.