Visiting Bosnia After the War

“Beneath all the statistics that we gather at the Institute of Economics and Peace lie a multitude of deeply affecting and powerful stories.” writes Steve Killelea in this excerpt from his debut book, 'Peace in the Age of Chaos'. Plus, download your free chapter at the end of the article. 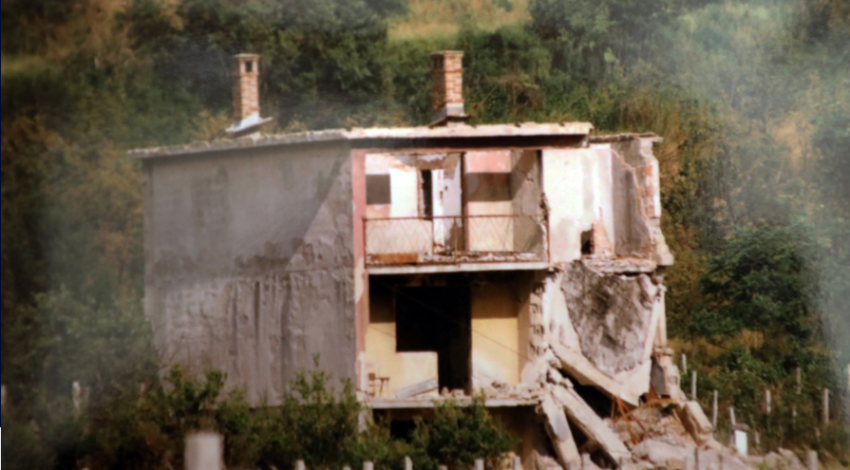 Steve Killelea shares an excerpt from his debut book, ‘Peace in the Age of Chaos’ which reveals his experience visiting Bosnia after the war.

Visiting Bosnia After the War – A Travel Story

The problem with statistics is that they are just that: statistics. They lack emotional resonance and the personal narratives that allow people to relate to the human suffering they record.

Too often, people ignore suffering simply because they cannot or will not emotionally engage.

Personal narratives can fill that void.

The statistic that 3,700 people died crossing the Mediterranean in 2016 has little effect compared to the photo of a weeping father cradling his drowned child, whose body was washed up on a cold pebbly beach after their boat sank fleeing the violence in their homeland.

Beneath all the statistics that we gather at the Institute of Economics and Peace lie a multitude of deeply affecting and powerful stories. For the individuals drawn into these situations, these stories are their world.

There are some experiences that in hindsight I would prefer not to have had, but these experiences have been fundamental in developing my approach to peace, and therefore they are worth recounting.

My trip down the Adriatic coast of Croatia, and visiting Bosnia in 1995

(My wife) Debbie and I took a trip down the Adriatic coast of Croatia in 1995. Just before we arrived in Dubrovnik, we ran into someone who said the road to Sarajevo had recently re-opened.

It was only a short time after the United Nations had negotiated a ceasefire. We thought we would go there as tourists, and it turned out we were the only tourists in the country.

As we were driving to Sarajevo, we passed UN military convoys, travelling in 20 to 100 cars at a time. There were machine-gun emplacements, tanks and sentries guarding all the bridges.

“There are some experiences that in hindsight I would prefer not to have had, but these experiences have been fundamental in developing my approach to peace, and therefore they are worth recounting.”

— Steve Killelea, ‘Peace in the Age of Chaos’

We saw the desolation of the civil war everywhere.

For about 80 kilometres every farmhouse and every village along the road had been destroyed, part of the Serbian attempts to cleanse the country of Bosnians.

Each one of these tens of thousands of households represented multiple accounts of personal tragedy, a trail of cumulative suffering that brought to mind Robert Burns: ‘Man’s inhumanity to Man / Makes countless thousands mourn.’

Many of the farmhouses were surrounded by landmines, so there was no way back for those who had for generations called these villages home. We couldn’t help but wonder what had become of all these people.

We arrived at Mostar, where some of the heaviest violence had occurred.

Spotting a highway that provided a very good vantage point over the city, we decided to drive up it. I started to take photos of the blown-out city, especially a historic 12th-century bridge that had been destroyed.

Seeing me with my camera, the Muslim civil militia unfortunately mistook me for a Croatian spy. Evidently the vantage point where I was taking photos was the same place from which the city had been shelled.

She had spent a couple of years in the country, learning to speak the language fluently. But she could not let on that she knew Serbo-Croatian, because that would have reinforced the impression that we were spies.

Enjoyed this excerpt “Visiting Bosnia After the War”? Download the full chapter.