A dam project could lift millions of Ethiopians out of poverty, but Egypt and Sudan are worried their dependence on the Nile is threatened. Signs of potential conflict between Egypt, Ethiopia and Sudan have flared after the three countries met to discuss the Grand Ethiopian Renaissance Dam (GERD).

Egyptian President Abdel Fattah al-Sisi warned of the risk of conflict saying that while all countries are coordinating “cooperation and agreement are much better than anything else”.

Referring to past regional conflicts, he said: “We have witnessed the costs of any confrontation.”

“I am telling our brothers in Ethiopia, let’s not reach the point where you touch a drop of Egypt’s water, because all options are open,” he said.

In a bid to defuse rising tensions, Ethiopia’s water minister Seleshi Bekele said: “There is no need to enter an unnecessary war. A war can’t start because of water. Water flows if you fight today, it’ll continue to flow tomorrow.”

The construction of the Ethiopian dam, a large hydropower project underway near the Ethiopia-Sudan border, is inflaming long-held disagreements over the allocation of water between countries situated on the Nile river and has become flashpoint for geopolitical tensions.

Some officials fear the new Ethiopian dam will disrupt water flow to the millions of people living in Egypt and Sudan who rely on the Nile for daily household and commercial uses. For Egypt, the Nile provides around 90% of its water supply.

Most of the Nile’s water originates in the highlands of Ethiopia and leaders argue they have the right to utilise the country’s natural resources to improve livelihoods. Ethiopia also says the GERD will not significantly affect water flows into the Nile.

The dam will be the largest hydropower project in Africa and is projected to support Ethiopia’s plans to diversity its economy away from agriculture, and lift millions out of poverty. By providing an affordable source of electric power for industrial development, as well drought and water salinity mitigation, the dam is set to create new non-agricultural industries and jobs.

Last year, tensions reached a high point when Ethiopia began filling the dam before an agreement with Egypt and Sudan. In a formal request to the UN Security Council, Egypt requested the international body to call Egypt back to the discussion table before filling the dam, which it claimed presented a “clear and present danger to Egypt.”

Egypt’s plea to the international community led to the then Trump administration considering withholding aid to Ethiopia.

Alongside continued population growth and climate change, battles over vital resources are set to increase, according to the Ecological Threat Register (ETR). Access to water will be a crucial area for conflict management.

As scarcity intensifies, water will become more relevant as a stressor of social unrest and cause of disputes and violence. The ETR shows that water-related violent incidents increased by 270 per cent globally from 20 per year in 2010 to 74 per year in 2018. An incident is included when it results in injuries or deaths; or there are threats of violence such as military manoeuvres and show of force.

Water-related violent incidents increased after 2011, peaking in 2017 at 93 incidents. Since 2000, the majority of water incidents have taken place in Yemen, Iraq and India. All three countries suffer from high or extreme water stress and are among the least peaceful countries in 2020, as measured by the GPI. Yemen recorded 134 incidents, the most of any country since 2000. This is followed by Iraq at 64 incidents.

The water incidents range in their levels of severity. Some incidents have been a show of force that did not end in violence, such as protests over water shortages or water prices.

Some incidents do, however, result in extreme levels of violence. As examples, a series of massacres in Mali throughout 2019 were exacerbated by feuds over water that displaced 50,000 people.

The revoking of a water-sharing agreement between Malawian villagers and Fulani herders from Burkina Faso led to an outbreak of violence that resulted in the death of at least 30 people. Water can also be the focus-point of terrorism due to this resource’s strategic value. The Islamic State (IS) conducted attacks on water resources and infrastructure across Iraq and Syria.

In 2015, IS seized the Tharthar Dam Fallujah in the Anbar province, Iraq. During the attack, 127 Iraqi soldiers died. The Islamic State also proceeded to open at least one floodgate, affecting communities downstream. 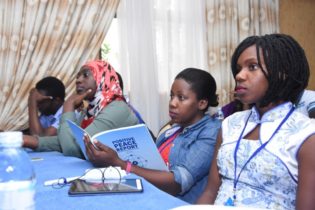 800 people sign up for IEP Peace Ambassador program in Ethiopia A recent workshop brought together a dynamic group of community leaders to consider ways to build and sustain peace.