5 countries that recorded largest improvements in peace in 2022 Here are the five countries that recorded the largest improvements in peacefulness in 2022 Global Peace Index.

Libya recorded the largest improvement in peacefulness in the 2022 GPI

The country recorded an improvement of 5.5% in it’s GPI score. Libya rose five places to 151st in the 2022 global peace index rankings. Libya has recorded improvements in peacefulness in four of the last five years after a period of significant deteriorations coinciding with the Arab Spring of 2011 and subsequent civil wars.

However, Libya still faces many challenges to peace, particularly in the Ongoing Conflict domain. The biggest improvement occurred in the Safety and Security domain, which improved by 8.3%. This improvement was primarily driven by improvements in the violent demonstrations and refugee and IDPs indicators. However, access to small arms, violent crime and political terror continue with the worst possible scores of five for the fourth consecutive year, indicating that violence remains at a significantly high level within the country.

The largest improvements in peacefulness in the remaining domains occurred in the deaths from internal conflict indicator, which fell by 21%. This decrease in deaths was largely driven by the October 2020 ceasefire agreement between former Government of National Accord and Khalifa Haftar’s Libyan Arab Armed Forces (LAAF). However, even with this fall in deaths, the intensity of internal conflict indicator remains high.

Egypt recorded the second largest increase in peacefulness in the 2022 GPI.

The country recorded 5.8% improvement in it’s GPI score. Egypt is now ranked 126th overall, with improvements across all three GPI domains. This is the largest improvement in peacefulness in Egypt in the last decade.

In the Safety and Security domain, there were significant improvements in the violent demonstrations, terrorism impact and political terror indicators. Violent Demonstrations improved by 30% in 2022, after an increase in violence in the year prior, which was driven by anti-government protests that were suppressed violently by the security forces.

The terrorism impact indicator in Egypt improved for the fifth consecutive year, with the country recording a 4.7% improvement in score, the largest of the last decade. While the political terror indicator improved in 2022 by 11%, it remains a high threat to peace within the nation.

The country recorded 5.1% improvement in its GPI score. Saudi Arabia rose eight places in the 2022 GPI rankings and is now ranked tenth in MENA and 119th overall. Saudi Arabia improved across all three domains, with the most significant improvements occurring in Ongoing Conflict and Safety and Security.

Safety and Security improved, driven by the violent demonstrations indicator, which improved by 56%. However, this could be driven by suppression of freedom of expression and assembly by Saudi authorities who have convicted activists on charges arising from previous demonstrations. There are also individuals who are currently serving prison sentences for criticisms of Saudi Arabia in the media and on social media platforms.

The Militarisation domain improved slightly, owing to a large improvement in Saudi Arabia’s military expenditure as a percentage of GDP and a smaller improvement in its nuclear and heavy weapons. Despite these improvements, Saudi Arabia recorded deteriorations in armed services personnel rate and its commitment to UN peacekeeping funding. Of the 20 countries in the MENA region, Saudi Arabia is one of the largest importers of weapons.

Algeria had the fourth largest increase in peacefulness in the 2022 GPI.

Algeria recorded a five percent improvement in its Global Peace Index score. Algeria rose ten places in the 2022 GPI rankings and is now ranked 109th overall. This is Algeria’s most peaceful score since the inception of the GPI.

The increase in peacefulness was largely driven by improvements in the Militarisation domain, which improved by 9.2% in 2022. Of the 23 indicators in the GPI, only two recorded deteriorations, police rate and armed services personnel rate, and these deteriorations were both very minor. Nine indicators remained unchanged between 2021 and 2022. The weapons import indicator had the largest improvement, and is now at its lowest level since 2009. Military expenditure as a percentage of GDP closely followed with an improvement of 13.7%.

Of the eleven indicators in the Safety and Security domain, there were improvements in six indicators, with the most significant being in the political terror, perceptions in criminality and violent demonstrations indicators. Since the inauguration of President Abdelmadjid Tebboune and the implementation of his new constitution in November 2020, Algeria has experienced a period of relative stability.

The Ongoing Conflict domain improved slightly owing to an improvement in the intensity of internal conflict in Algeria. This is the lowest score for the domain since 2008.

Philippines recorded a 4.6% improvement in its GPI score. The country rose four places in the GPI rankings and is now placed 125th in the overall GPI rankings. The Philippines improved across all three domains, with the most significant improvements occurring in Safety and Security and Ongoing Conflict domains.

The Philippines also improved in the Ongoing Conflict domain, with the number of deaths as a result of internal conflict falling by 15.5%. Despite this improvement, there was a significant deterioration in the internal conflicts fought indicator, with an increase of 3.2% recorded in 2022.

The Militarisation domain improved slightly, owing to a large improvement in the Philippines’ commitment to UN peacekeeping funding and a smaller improvement in its nuclear and heavy weapons indicator. Despite this, the Philippines recorded a significant deterioration in military expenditure as a percentage of GDP, with the country’s score for this indicator deteriorating by 15.5%. 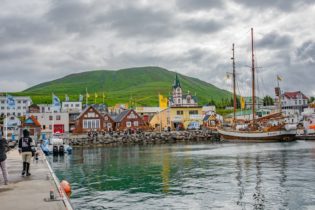 The 2022 Global Peace Index reveals the most peaceful countries in the world. Measuring peace in a complex world